The department of sociology and legal studies conducted their annual James E. Curtis Memorial lecture Feb. 9. This year’s lecture by U of T professor Kent Roach was called “Canadian Counter-Terrorism in the Age of Trump,” and had students, professors, and deans in attendance.

Roach critically examined the Canadian government’s legislative actions and responses in the immediate and ongoing post-9/11 era while also making sense of the Trump administration’s effects on Canada, both as a country and its relationship with the United States, in the world of counter-terrorism.

To begin, Roach expressed one of his favourite quotes, “We must imagine the past to remember the future,” said by Guido Calabresi, a prominent American legal scholar, while making it clear he placed large importance on the ability of history to better guide our future.

Roach broke his lecture into five sections in order to provide a clear understanding of the different periods in American, Canadian, and global counter terrorism since 9/11:

First, Roach examined the immediate post-9/11 period for Canada and Canadian-American relations, stating that the microscope on Canada was larger compared to today and that Canada did not have much experience during this period in dealing with terrorism, pointing to the inadequate training and ill-equipped state of the RCMP, as well as several questionable decisions to use immigration law as “terrorist law,” which the Trump administration is currently doing.

Roach proceeded to speak on the global response to 9/11, making it known he did not take liking to the response of the United Nations, as it was a missed opportunity by the UN to forge international agreement on the definition of terrorism, as well as the neglecting of human rights in the UN counter-terrorism strategies.

Roach then focused his discussion on the Canadian response to Daesh, stating that although Canada as a country was and is “ahead of the curve,” compared to Europe today, which is struggling with acts of terrorism due to its immigration laws and refugee crisis, the terrorist attacks on Canadian soil in October 2014 were questionably dealt with.

Roach then discussed the current Trudeau government and some of its actions in dealing with counter terrorism and security policy. The Trudeau government’s Bill C-22, proposing a parliamentary committee on security and intelligence, gives the committee, the prime minister and minister of safety too much freedom to act upon, Roach argued. He did, however, point to the “green paper” released by the government in 2016, which gives Canadians the opportunity to input their ideas, voices and debates of which the government will take into consideration in building Canada’s national security framework.

Roach ended his talk discussing the Trump era government as well as the Canadian-American relationship during the Trump administration. The main trend in the Trump administrations counter-terrorism strategy according to Roach is a return to ‘Bush era’ practices such as the use of torture and terrorist prisons (Guantanamo Bay) in addition to the use of violent measures to match those of Daesh. Roach warned terrorism incidents within Canada could spill over to Canadian-American relations such as past false notions that the 9/11 hijackers came through Canada, and the posting of “fake news” by U.S. media outlets, such as the Fox News story of the Quebec mosque incorrectly labelling the victim, to which the Trudeau government reacted strongly. Furthermore, Roach stated we must keep in mind that the relationship between Canada and the U.S. may lead to information sharing between the countries — for example, through potential biometric checks at the U.S.-Canada border which the U.S. government may then use to collect information on us. Information sharing may also result from Bill C-51, which allows  sharing between the U.S. and Canada, and which may potentially be used by the United States to impose harm or torture.

At the end of his talk, Roach provided his final summaries and recommendations. He warned that aggressive behaviour and violent reactions could be counterproductive as it works in Daeshs’ favour. Roach proposed that citizenship, particularly Canadian citizenship, should be a common resource that should be given, not taken away, and that once a citizen, an individual should not be discriminated against, as long as the rules of that country are followed. He stated Canada understands and “is most aware” out of most countries the power of giving citizenship, as well as being the country pursuing the most optimistic scenario in the global tension due to Daesh.

Roach warned of a dilemma where Canada is the country most vulnerable in light of Trump’s rule, and encouraged the audience and university students in general to follow these issues and stay informed despite it being the sad reality that we must talk so much about it.

The end of the lecture brought questions from the audience, which included a question about the Quebec shooter not being charged as terrorist. Roach responded that the shooter was not charged on terrorist charges, but rather as highest criminal offence (first degree murder) because in Canadian laws, terror laws are more preventative and do not work well when an incident occurs. 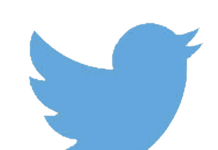 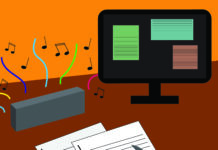 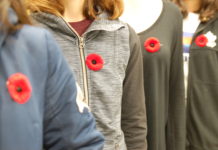