Everyone has their Halloween content staples – The Nightmare Before Christmas, Nightmare on Elm Street, Hocus Pocus. But even old favourites can get stale. Luckily, there is no shortage of spooky content available, so if you want to discover something new this October, here are a few recommendations to get you in the Halloween spirit. 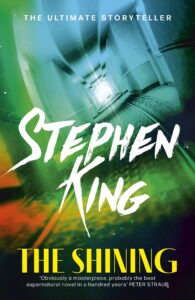 Stanley Kubrick’s The Shining is a classic horror film and a yearly Halloween watch for many. If you enjoy The Shining, or other psychological and supernatural horror, why not check out the original? Just like its film adaptation, Stephen King’s 1977 horror novel The Shining is a classic of the genre. Arguably even scarier than the film, this novel is one of King’s greatest and should definitely be on your October reading list.

While its dissonant sound and multi-layered plot may not appeal to everyone, composer and actor Dave Malloy’s concept album Ghost Quartet is perfect for those attracted to gothic horror. Described as “a song cycle about love, death and whiskey,” the intricate story follows Rose Red as she travels through several different lifetimes, seeking revenge against her sister and the man who broke her heart. While it takes a few listens to get used to, the songs will get stuck in your head, deciphering the details of the plot becomes a fun puzzle the more you listen and it makes a wonderfully spooky soundtrack for your October. There are two different versions of the album — the studio recording, called simply Ghost Quartet, is great if you just want to listen to the songs, while the live recording Live at the McKittrick is perfect if you want extra content from the show itself. Both are available on Spotify. Additionally, if you’re interested in seeing the show, Dave Malloy generously uploaded an official recording to YouTube to keep fans entertained during quarantine.

Podcast: But Make It Scary 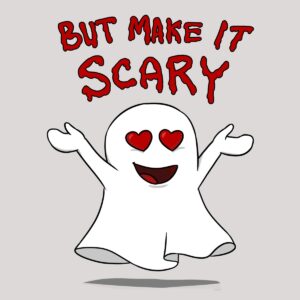 Join host Sequoia Simone, also of Fanatical fics and where to find them: A Harry Potter fanfiction podcast, as she and a guest rewrite classic romantic comedies to be horror films. Each episode, both she and the guest of the week, who is usually another popular podcaster, discuss the virtues and flaws of a romantic comedy before each trying their hand at turning the romantic film into a scary movie. The results are in equal parts scary, funny and charming. You can find the podcast on Spotify, Apple Podcasts or wherever you normally get your podcasts.

Television: Over the Garden Wall 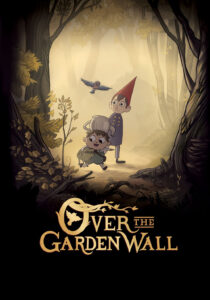 Over the Garden Wall has had a cult following since it first premiered on Cartoon Network in 2014. A modern fairy tale, the series tells the story of Wirt and his younger brother Greg trying to get home as they travel through the mysterious Unknown, encountering friends and enemies along the way. While sometimes creepier than a children’s program usually is, following in the footsteps of Coraline, the show balances whimsy and darkness, matched by a perfect soundtrack in a beautifully-animated Autumn setting. With 10 episodes, each around 10 minutes long, the entire series can be watched in under two hours, making it a delightful alternative to a scary movie night. 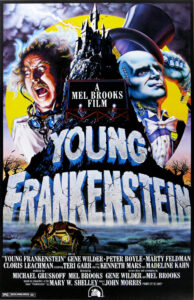 If you do want to watch a film but aren’t a fan of horror movies, Mel Brooks’ classic 1974 spoof of the old black-and-white Frankenstein films might be for you. Young Frankenstein follows Frederick Frankenstein, played pitch-perfectly by Gene Wilder, who manages to balance being the straight man with some incredible physical comedy. When Frederick inherits the estate of Victor Frankenstein, he attempts to recreate his infamous grandfather’s work and create life. Featuring a whip-smart script and incredible performances from some of the greatest comedians of the late twentieth century, including Madeline Kahn and Cloris Leachman, Young Frankenstein is the classic Halloween comedy, and should definitely be included on your list this year. 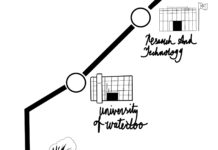 Stay Involved in KW Arts and Culture During COVID-19