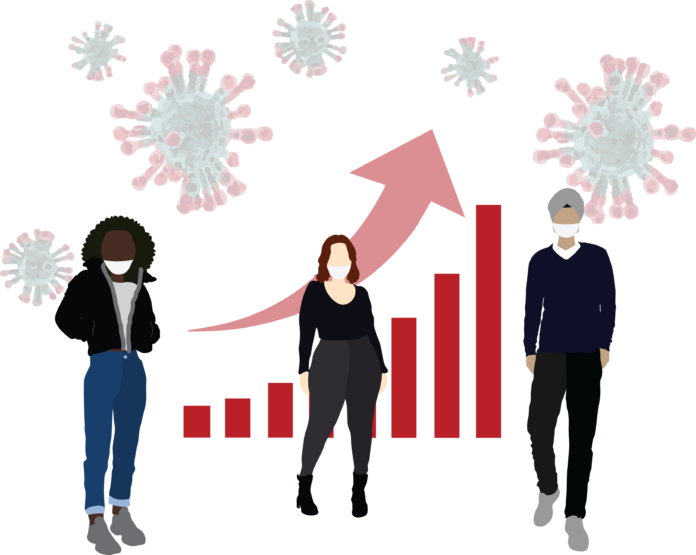 Tuition increases for international students at UW have gone ahead, despite classes going online.

“International student tuition increased in accordance with the planned increases. That means that, as always, in-cohort tuition increased at 5 percent (i.e. a student moving from 2B to 3A would see a 5 percent increase),” Megan Town, WUSA’s Vice President of Education, said.

Matthew Grant, former director of Media Relations at UW, said the increase was decided prior to the COVID-19 outbreak.

“Tuition fees at Waterloo are reviewed and set annually with most years seeing varying levels of increases. This year they were approved by the Board of Governors  – the final approver every year – in February, approximately six months before the impact of COVID-19 became known, so the two are not connected,” Grant said.

Students, who spoke with Imprint, have all unanimously expressed their disappointment with UW’s administration for increasing international student tuition under lockdown.

“As a humble scholarship student and a person who had to save vicariously [sic] just to apply to Canadian universities, to purchase flights and to complete official documents like visas just to have this opportunity, I am filled with disappointment,” Shania Scotland, a second-year Geography & Environmental Management student from the Commonwealth of Dominica, an island country in the Caribbean, said.

“It is so unfair… that the [ UW ] administration  continues to turn  a blind eye to our concerns.”

Daveed Gittens, a fourth-year Actuarial Science student from Barbados, complained that international tuition costs have increased every single year since he enrolled at UW.

Danicia Solozano, a third-year Mathematics and Financial Analysis and Risk Management student and President of The Association of Caribbean Students (ACS), has a message,  both for international students and  UW administration.

Solozano advises those who are experiencing financial difficulties to check the various scholarships and grants that are open to international students.

“Especially look at those Canadian based organizations that specifically support people with your ethnicity or nationality,” Solozano said.

Another option, Solozano says, would be to apply to UW’s Student Emergency Support Fund as well as the Emergency Bursary for International undergraduates. Above all, Solozano advises students to “seek help everywhere you can and consider all your options.”

Solozano appealed to UW’s administration to show some compassion for their international students.

“We are stuck in a country away from our families, unable to go home because our borders are closed. Stuck after deciding to stay for a school term that was put online or for a co-op job that was cancelled. We have no more part-time jobs, our families are losing their sources of income and we are ineligible for the majority of emergency relief grants.  We are struggling financially and mentally,” Solozano explained.

Nonso Okafor, a student from Nigeria enrolled in Psychology and Human Resources at UW, currently in term 2B, thinks that the recent increase in tuition for international students is unfair.

“I think that the least a university should do is reduce its tuition for international students or maintain it [ at the current levels ]. Not only do the students suffer, but our parents suffer with us, especially if we are in a global pandemic and have to take online classes. A tuition increase just adds to our suffering,” Okafor said.

“I don’t think that the tuition should be increased during a lockdown… it seems very unfair,” Okafor added.

“I noticed that my undergrad tuition for this term was more than it was in previous terms. This was despite the fact that I was taking the same amount of courses and same types of courses (the university also emailed us, saying they would decrease the tuition costs) so things were not adding up,” Christiane Amare Lemma, a student from Ethiopia, who is in the Honours International Development program at UW, said.

“The tuition increase is an added stress in this situation and it creates a lot of distrust in the [school’s administration]. Why wasn’t I and other students informed of this increase? it’s not like it’s a $50 increase it’s $1,000 or more. My father was also confused at this increase and he himself is in quarantine in Ethiopia, and dealing with COVID-19 there,” Lemma said.

Safyya Cissé, UWASA President, is sympathetic to the plight of UW’s international students.

“Being an international student is a challenge. From moving to a new country, getting accustomed to a new culture, perhaps even new teaching and learning styles, homesickness… I can completely understand the struggle,” Cissé acknowledged.

“The reality is [ that ] many students may no longer be able to afford to attend school. The economic crisis- we are currently in- has hit individuals and their families [ financially ] as much as it has hit the university, and sadly it seems as though the university has not considered this when increasing [ tuition ] costs,” Cissé said.

Cissé encouraged UW’s administration to rise to the challenge and “try their best to not think as a business but as an institution on which many students rely .” She appealed to UW’s administration to show some sympathy for these international students and understand that COVID-19 has affected many of them and their families adversely just as it has affected the university.

“The financial circumstances the university currently finds itself in is not the fault of the students and should not be paid for (literally) by the students,” Cissé felt. 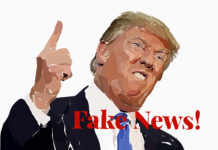 No news is better than fake news 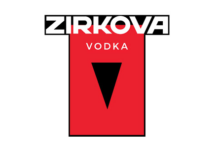