The Sonar Network, founded by University of Waterloo graduate Michael Mongiardi, is a podcast network that curates comedy podcasts from across Canada and beyond.

A successful comedy podcaster himself, Mongiardi started The Sonar Network with his friend Cody Crain, another Toronto-based comedian and podcaster. Mongiardi graduated from UW in the early 2000s, with a degree in computer science. After he finished school, Mongiardi explored comedy on the side, where he met Crain. He began to work on a podcast, and eventually, comedy became his primary focus.

Mongiardi and Crain would often discuss the need for a system to connect people doing similar work in the area. They realized they could fill the gap in the market, and The Sonar Network was born.

“A lot of major cities have their little podcast communities or collectives of podcasts, hosts and producers that support each other, like Earwolf in LA,” Mongiardi said. “For years, we kept saying, ‘Someone should do that here,’ and eventually, we realized, maybe we should do that.”

New podcasts are added to The Sonar Network through a committee review process. The committee consists of the team working for the company as well as some of the long-term hosts whose work has helped the network grow.

The Sonar Network’s team is committed to supporting high-quality, entertaining comedy podcasts and representing the many voices in comedy. This is achieved in two ways: Firstly, by ensuring that there are a variety of styles and approaches included in their podcasts — while every show on the network has a comedic approach, they employ different forms of comedy and all deal with different content. Secondly, by working to include a variety of voices and different perspectives.

“We take diversity and inclusion seriously. We try our best to represent the different voices and tell the different stories,” Mongiardi said.

As The Sonar Network continues to grow, the company has also expanded geographically.

“We started with six local shows and grew from there,” Mongiardi said. Since August 2017, the Network has grown to over 30 shows, more than 20 of which are active. The Network has also expanded from Toronto to incorporate shows from several cities across Canada and the United States.

The Sonar Network has seen quite a bit of success in its first four years in business. Their podcasts have been highlighted among the best Canadian podcasts by The Comedy Network, blogTO, Streetcar, NOW magazine, CBC Comedy, and The Globe and Mail. Many of their podcasters are Canadian Comedy Award winners and Canadian Screen Award winners. The team also supports new podcasters, helping them access resources and tools to support their growth.

Going forward, the Network hopes to strengthen the podcast community in Toronto, support new voices in comedy podcasting and continue to gain recognition across Canada and the United States. 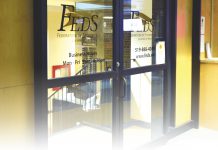 LGBTQ+’s “will they, won’t they” dilemma 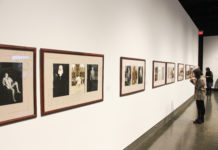