It was late-December of 2010 when I came home for the holidays to be greeted by the newest issue of GameInformer. On the cover was the face of a woman with long brown hair covered in dried blood and bruises. The face looked familiar, but I didn’t connect the dots until I opened the magazine up and saw it for myself — that face belonged to the iconic Lara Croft, and the cover story was for the Tomb Raider reboot.

That was my first introduction to Square Enix and Crystal Dynamic’s mature take on Tomb Raider and it left quite the impression. It left such an impression that I spared no expense in picking up Tomb Raider on launch day back in 2013. Three years later, I couldn’t pass on picking up the sequel, Rise of the Tomb Raider: 20 Year Celebration, on day one as well.

Rise of the Tomb Raider: 20 Year Celebration is the enhanced PS4 version of the same game with all the DLC and VR functionality. Outside of those features, it’s the same game released on XB1 last year.

Following the events of the previous game, Lara has gone in search of the Divine Source, an ancient artifact with the ability to grant immortality. While at first it might seem like Lara is doing it for personal gain, she is actually looking for the artifact in order to clear her deceased father’s tainted reputation. This nuanced characterization of Lara and its evolution throughout the story is fascinating to see play out, especially thanks to excellent facial animation and Camilla Luddington’s wonderful voice acting. It really shows how different the character is from her original overly-sexualized appearances.

While the story gives the player motivation to move from one objective to the next, it is Rise of the Tomb Raider‘s open world that steals the show. As easy as it is to follow the large yellow waypoint marker, you get the most fun from exploring every nook and cranny for special artifacts, weapon upgrades, and tomb entrances. The mark of a great open world is how easy you can lose yourself in the side content it provides. Although Rise of the Tomb Raider‘s world might not be as expansive as other open worlds, I found it very hard to not waste time playing in it.

Rise of the Tomb Raider‘s open world wouldn’t be fun if the platforming and puzzles weren’t up to snuff. Not only do you need to find the right ledges to grab, you need to use every item at your disposal, from an ice pick to various types of arrows, to avoid certain death. The interplay between switching items on the fly and your quick reflexes makes traversing the hazardous environments highly enjoyable.

Rise of the Tomb Raider may be a year old, yet it hasn’t aged one bit. The game is still as fun and creative on the PS4 as it was on XB1. While it would’ve been nice to have a year ago, the inclusions in the 20 Year Celebration make it well worth the wait.

Why students should volunteer at long-term care homes 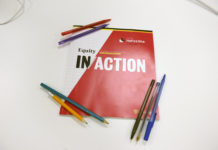 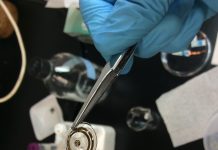