In a CBC investigation, it was revealed that the administration failed to respond within a satisfactory time period to multiple allegations of sexual misconduct against former PhD student Dmitry Mordinov. According to one of the students, she filed a complaint in January 2014; however, Mordinov was not expelled until November 2015.

The open letter reads, “It is clear that some students and alumni who brought forward reports of sexual assault have suffered additional harm due to UBC’s policies and procedures… As faculty members, we share in a responsibility to ensure that UBC fulfill its obligations to protect its community. We apologize to the people affected for not doing and demanding better.”

Scott Anderson, a professor in philosophy at UBC, explained why he thought it was important that the faculty be a part of the discussion.

“Faculty ought to play a leading role in ensuring that members of a university community are all able to study, learn, and work to their fullest potential. Sexual assault is an important impediment to that goal for many people, and so, making sure that we minimize its incidence and adverse effects is part of the responsibility of faculty.”

The letter specifies that the faculty who signed the letter are hoping to achieve new policies and procedures by the 2016-2017 academic year in September.

“We now pledge to the UBC community that we will take an active part in improving UBC’s policies and procedures regarding sexual assault and related matters of safety and equity,” Anderson said.

Presently, Anderson believes that the issues with the current policies are not well known and need to be addressed.

“These women have found that these complaints took a long time to be addressed fully, and that they were unsatisfied by the way their complaints were handled,” he said. “It is part of our goal to better understand what has been going wrong in the process, so that it can be addressed.”

Anderson believes that the changes that need to be made will be clearer once they have listened to those who have experience making complaints with the university.

When asked if he believed the issues with UBC’s policies exist at other institutions, Anderson agreed that they did.

“The evidence that I am aware of suggests that these problems exist at many, many institutions of higher education in the U.S. and Canada. UBC is hardly alone in this problem. Universities and colleges are not well equipped in general to do things like investigations, trials, and protection of people on campuses.”

UW’s policies and procedures around sexual assault are currently under review in accordance with the Ontario government initiative “It’s Never Okay: An Action Plan to Stop Sexual Violence and Harassent.”

PDA: how much is too much? 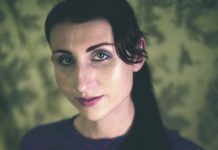 Inside the mind of an art class model