When selfishness is concerned for one's own advantage, pleasure, or welfare — regardless of others — it's extremely harmful to long-term friendships. Throughout the series, Joey breaks his own promises and abandons Phoebe numerous times to further his own needs. In “The One with All the Cheesecakes,” instead of going to the dinner date that he had promised Phoebe, he decides to ditch her and go on a different date with another girl he had met that day. This shows a situation where Joey is acting self-centred when Joey blows off the dinner with Phoebe for a date. When Phoebe finds out, she becomes very angry and says that she “can’t just be a way to kill time [until he meets] someone better!… Boyfriends and girlfriends come and go, but this [friendship] is for life!” This clearly shows that Joey’s selfishness hurt her feelings and destroyed their friendship.

The idea of “Relational Dialectics” focuses on the contradictions in relationships and is generally interpreted as a knot of an unceasing interplay between contrary or opposing tendencies in personal relationships. The turbulent relationship of Ross and Rachel is a great example. During the show, they cross the boundary line of friends by kissing and having sex multiple times. To begin with, Ross had a crush for Rachel since the ninth grade, however, they were just close friends that often confessed to each details other about their past relationships until Chandler accidentally told Rachel that Ross had feelings for her. Before Rachel had the chance to discuss with Ross about their feelings for one another, he had found a new girlfriend, Julie. Then the pattern of on-again, off-again officially began. Although Rachel claimed that she is “over him," she became very jealous of their relationship. Rachel decides to immediately end her relationship with Ross when she found out that he is having a hard time making the decision. In a later season of the show, they kiss and reconcile, which leads to Ross breaking up with his girlfriend at the time. But soon, Rachel realized that something went wrong in their relationship and breaks up with Ross again. With that being said, there is no way that they were capable of trusting each other and sharing their feelings all the time like they did before, especially after what they have been through. Finally, ending a friendship is a complex business, but with their complicated relationships, it’s a piece of cake, therefore, it is impossible that their friendship lasts so long.

Relationships are a team effort but one often forgets about the diversity of people and makes the mistake of assuming others will behave the way that they wanted them to. People oftentimes believe that one’s own personality type affects who they are attracted to, and the personality type of their friend involved in the relationship will bring a new dynamic to the situation and their friendship. In the sitcom, each character shares a different personality, cultural background, family background, financial income, and past. For example, Monica is a neat freak with a well-paid job and sees everything as a competition that she must win, whereas Rachel is more relaxed and is always struggling to find a job in the field that she interested in. The concept of “opposites attract” is very true when it comes to love relationships but does not exist within friendships, therefore, it is impractical that their friendship lasts so long considering the time that they spend together without any arguments. Another fantastic example would be Joey and Chandler. Joey is an extroverted individual that usually says things that do not make any sense. He normally prefers abstract and theoretical way of processing information. In comparison to Joey, Chandler has more clever comments about everything and makes decisions based on a rational reasons. Furthermore, people are most comfortable around those who have similar interests and perspectives — we have less motivation for dealing with people who are very unlike ourselves. As a result, the series Friends demonstrates that in real life a group of friends as diverse as the ones on the show would be very rare to find.

Interpersonal communications shape the ways that we see things and the ways that we do things, and relationships affect how we see the world today. Long-term friends only exist within stable relationships and the more time they spend together, the more trust is being given to each other. Moreover, a friend is someone that acts benevolent, remains pure-minded with friendships, and has a bond of mutual character traits. By performing a close interpersonal communication critique on the American sitcom Friends, it is unrealistic that they ultimately persisted their friendship considering the concepts of selfishness, complicated relationships, and mixed identity have gradually lead them in a direction that they don’t want be in in their friendship. Despite the unrealistic portrayal of their friendship, the audiences have learned that there's nothing that provides true comfort and companionship like Friends at the end of each episode.

Review: Welcome to the Space Show 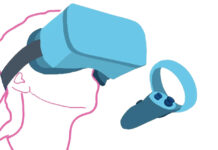 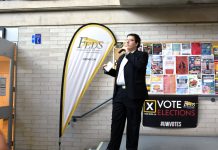