The new bus pass agreement (UPASS) with Grand River Transit (GRT) and regional council will come into effect this term with the hopes of bringing cost predictability to students.

The agreement, which was announced by Feds July 10, will see an annual increase of 4.99 per cent over the next five years. The agreement will translate to a total increase of 27.6 per cent between fall 2015 and fall 2019. According to Feds’ website, the increase will be the smallest ever over a five-year period.

Despite the increases, UW students can expect to pay $81.25 for the UPASS in the fall as part of their Feds administered fees. This is significantly less than the $267.00 and $227.00 general college students and Conestoga College students pay for a four-month pass, respectively.

“There’s an inflation for transit and I think that it’s best to direct that kind of question to the GRT for a much deeper understanding of how the costs of transit work,” Feds’ VPED Stephane Hamade said when asked what other service improvements justify the increase above inflation.

“But there have been service improvements. Since this agreement has been signed, things like the 200 series came into place along with other notable improvements to service,” he added. “I think there have been and will be continuous improvements, hopefully new routes that will be beneficial to students over this time. Seeing the lowest increases over five years in the years they’re implementing the LRT is definitely positive.”

Although this deal offers the smallest increase to students over a five-year period, Hamade doesn’t necessarily believe past deals should be labelled as “bad deals.”

“I think they were good deals. I think the service is definitely something students are very happy to have,” Hamade said. “I think past [deals] gave the region more flexibility to increase it a little bit more.”

When asked why the agreement is made over a five-year term, Hamade said he thought it would be “great” because the term of the negotiation would expire well after the implementation of the LRT.

“It would really let us see the benefit of the [LRT] without another deal coming,” Hamade said. “The five years is very positive for ensuring predictability over a long period of time, especially with the changes coming with the LRT.” 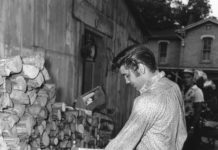