Universally speaking, music is a part of our daily routine. Most people wear earphones and headphones at the gym, listening to music that comforts them and pushes them to work harder. The Journal of Sports Exercise Psychology (SEP) studied the impact of music on motivation at the gym and found music helped people push through exhaustion during a challenging set. However, music is highly personal and influenced by culture, exposure and genre preference.

This phenomenon is evident at PAC. Kahan Ajmera, a third-year astrophysics student, discussed his playlist as a “beginner” at the gym. “For me, it’s mostly alternative music and a lot of indie, but that’s what I listen to at home, so I don’t know if it’s going to change.” His playlist contained songs spanning six decades, starting with some songs from the Beatles and other artists in the 1960s, as well as some indie rock songs from this year. His playlist is focused on alternative music, but other students at the gym have different ideas about the music that helps them.

Varun Venkat, a second-year engineering student, portrayed a different side of music. Venkat’s playlist started with Drake, a home favourite in Canada, but also contained EDM. “I think the beat helps. If you can find a fast song, it gets you moving.” This idea is supported by science. The Journal of SEP states that music can increase endurance by 15 per cent, and songs with a tempo of 135 beats per minute are ideal for fitness. EDM is typically a faster genre of music, frequently hitting and crossing 135 BPM.

However, the playlist heard throughout the gym at PAC is often not 135 BPM. It is typically billboard songs which are more known to students, providing standard pop tunes to gym-goers. Most people had no complaints about the playlist other than that songs repeat every 40-50 minutes, so if you don’t have headphones, you might hear the same music two or three times during a workout. However, that is the only complaint from the students at PAC.

Music is highly personal, just like a fitness journey. With the right music, you can push yourself to do better and improve, and what better place for self-betterment than the gym?

Style on the streets of Waterloo 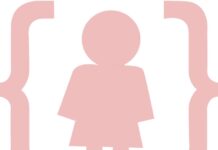 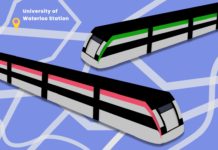