Another UW alum’s vision came to life last fall in the form of the Vegan Fashion Show — a nonprofit event that got its start as a senior year seminar project.

The multi-faceted show was the brainchild of Vikki Lenola, who graduated from the Environment, Resources, and Sustainability program in 2020. The event was held Oct. 2, 2022 in Toronto, Ont., and raised $6,501 for the advocacy group Animal Justice. It featured clothing and accessories from vegan brands, along with food vendors, guest speakers, artists, and performers.

As a model  and activist for the animal rights organization PETA, Lenola said her goal was to combine her two passions and answer some of the questions people continue to have about veganism, specifically as it relates to fashion, and demystify common assumptions about plant-based materials. For this reason, education was at the forefront of the show.

“I [will] be doing friendly outreach, and people genuinely have these questions, like [they ask] ‘Aren’t you wearing leather shoes?’” she explains. “They don’t know that there is cheap polyurethane leather, let alone plant-based leather or lab-grown leather. I really just want people to know there are alternatives out there.”

During the show’s casting call, models were invited to watch informational videos on sustainability and the future of fashion, and food vendors at the main event offered vegan versions of classic fare, like pizza and burgers. Each guest also took home a gift bag containing educational resources and samples. Lenola said during the show, no non-vegan products were allowed on the premises, with the idea that people would be encouraged to explore alternatives, whether it be clothing, make-up, hair products, or an iced latte.

“I’m not trying to make everyone go vegan,” she says. “The minimum for me is just to have acceptance of people being vegan.”

Lenola’s own journey to veganism started back in 2009 when she was working on a project for school. She said she watched a video on the fur industry and felt like she could not continue living her life in the same way. For her, the transition did not happen overnight and she says that she understands the barriers people face in switching to a more sustainable lifestyle.

In these situations, she advocates for small changes and choosing the “lesser evil,” like shopping your closet instead of buying something new or adding a meatless meal into your weekly rotation. Taking the time to get informed on environmental issues and sharing information online and within your social circle can also make a difference, she says. Again, it’s about breaking down stereotypes and making sure people have the correct information.

“When you’re challenging the status quo, it’s so important to have your facts together because you’re going to get push back,” she says. “There’s a lot of misconceptions. A lot of people think vegan leather is plastic and bad for the environment. But if you’re looking for the lesser evil, studies show that polyurethane leather is less than half as bad for the environment as actual leather.”

Today, education is at the forefront of everything she does, but when she was younger, Lenola says she never envisioned herself attending university. Though she wanted to make a difference in the world, she says she often struggled with imposter syndrome while she was completing her degree.

“I can’t believe looking back, how far I’ve come,” she says. “I went part-time, I almost dropped out, I took a year off—It took me eight years to finish my degree, but I still did it.”

Lenola says finishing what felt like an insurmountable task empowered her with a sense of confidence that no one can ever take away and led to opportunities she never would have thought possible.

“I remember thinking, I can’t even take care of myself — I’m such a loser right now,” she says. “But just finish. It’s so empowering. I can’t recommend it enough. Just finish and think about how empowered you’re going to feel when you’re done.”

A degree is a starting point, but Lenola says you still have to put yourself out there, make connections and decide to go after what you want. Today she runs a successful PR agency, was the assistant producer of the documentary Slay, and has worked with brands and designers throughout the Canadian fashion industry. She insists you have to be accountable for your own success.

“Things don’t happen when you’re sitting at home watching TV. Keep putting yourself out there and making connections,” she says. “I really believe that if you’re trying to do good work, someone who is in a better position than you, is going to see that.” 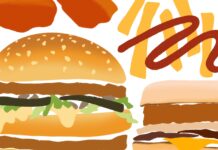