Dozens gathered at Federation Hall on Jan. 13, 2020, to grieve and to honour the tragic deaths of those on board the Ukrainian International Airlines Flight PS752 .

UW students Marzieh (Mari) Foroutan and Mansour Esnaashary Esfahani, as well as alumnus Mojgan Daneshmand, her husband Pedram Moussavi, a former postdoctoral fellow, and their children were aboard that flight.

“Today, a nation grieves. Today across Canada, universities from coast to coast, including the more than 20 institutions that have been directly affected by the tragic events of Jan. 8,” Vice-President, University Relations at UW Sandra Banks, and host of the event, said in her opening remarks at the event.

The vigil commenced with statements from Banks and UW President Feridun Hamdullahpur, acknowledging the grievances the UW community currently faces in regards to the recent event but also stressed that the UW community needs to come together more than ever.

“Know that the entire campus community has felt [the victims’] loss in the days since they left us. And so in the next few moments, we will grieve. We will offer our support. We will stand with families. We will bear this weight together,” Handullahpur said.

The event also heard from Dave Jaworsky, who spoke on behalf of the Waterloo city council and behalf of Berry Vrbanovic, Mayor of Kitchener.

“As a University of Waterloo graduate, I’ve enjoyed many memorable and positive moments on the campus at this great school. Unfortunately, our gathering today is the opposite as we come together for an event, we wish was not necessary,” said Jaworsky.

The event also heard from close friends, faculty and those fortunate enough to have met those killed in the tragic crash.

“They were certainly very talented, intelligent, bright Ph.D. students, but to us, to our community, they were much more than that. In this short period of time, I have heard so many wonderful things about them, but their sense of humour, creativity, energy, and how they brought joy to wherever they went,” Hamdullahpur said.

After hearing the testimonies presented, musicians from Toronto played traditional Iranian music to honour the victims of the crash.

At 1 p.m., the gathering participated in a nationwide moment of silence, joining with various universities and institutions impacted across the country.

President Hamdullahpur acknowledged that events have brought about a sad and challenging time for the UW community, including the student population. He is touched by the thoughtful messages and efforts of the students concerning the event and encourages students to look to each other in times of grief.

“We also recognize that they are hurting, and we don’t want them to think that they’re hurting alone, other people are here. One of the things that will help a little bit too, for us here is to continue talking about it until you remember them, and I hope they will do this,” Hamdullahpur said. 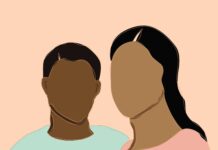 “Why are you protecting someone who called us the N-word?” How...