His long-standing association with Canada Basketball is well-documented. He played for the men’s national basketball team in the 2000 Olympics, helping the team to a seventh-place finish. The team has not been able to qualify for the Olympics since.

Francis has also spent the last four years as an assistant coach to the men’s national team. Previously, he was the head coach of the National Elite Development Academy from 2007-2009 and the junior men’s national team from 2005-2011.

He started his Canadian collegiate coaching career in 2009 with the University of Alberta Golden Bears. During his three years there, he led the Golden Bears to a second place finish in the 2012 CIS tournament. Fresh off his silver medal finish, Francis decided to join the University of Waterloo’s men’s basketball program.

Before Francis came to UW, the men’s basketball program had failed to reach any significant success as they had finished with a losing record in the past six seasons. The Warriors were hoping Francis’s experience and leadership would result in a pivot towards success.

Unfortunately, the Warriors’ woes continued as Francis was unable to lead the men’s basketball team to a winning season in his three years here.

In his three seasons with the Warriors, he finished with a an overall record of 17 wins and 46 losses in a tough OUA conference which features powerhouse teams like the Ottawa Gee-Gees, Ryerson Rams, Lakehead Thunderwolves, and the five-time defending CIS champion Carleton Ravens.

Despite not having a successful record, Francis was still able to build a strong foundation and point the team in the right direction while bringing an attitude to the program that will be missed.

“I had no idea it was gonna happen. I was upset. He was the coach that brought me in, but at the same time I understand. I understood that this was the best situation for him as his career continues to go forward and I wish him all the best,” said Myles Charvis, the team’s leading scorer last season.

With Francis’s extensive experience with recruiting and developing young talent for Canada Basketball, it goes without saying that the Warriors expected him to bring that expertise to their team. He did just that by bringing in players like  Charvis, who was third in conference scoring last season with 20.3 points per game and made the OUA west all-rookie team, and Jaspreet Gill, who scored 14.7 points per game in his three years playing for Waterloo.

“For player development, he was big for me, he was big on one-on-one coaching. If you had to get the concept down we’d work on fundamentals first and then put it into a game situation. We continued to do that and it became second nature when the ball was tipped-off and the game started,” said Charvis.

Outside of building a young foundation for the future, Francis has also revitalized basketball culture in the school. “We believe in basketball again,” said UW athletic director Roly Webster to The Record.

The search is on for Francis’s replacement. Ideally, a new coach who will be able to continue where he last left off.

“Hopefully this coach doesn’t start over but just adds on to what is already in place,” said Charvis. “The new coach has big shoes to fill in.” 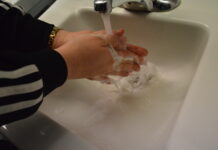 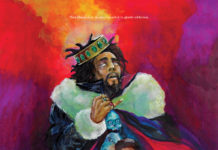