When talking about competitive esports, people will immediately think of computer games like League of Legends or Counter-Strike. Most won’t even consider the possibility of rhythm gaming — a genre where music and button prompts are combined to test a player’s sense of rhythm — being competitive, but for UW’s osu! division there’s nothing more thrilling.

For Quancong (Piggy) Ni, captain of UW’s three-player osu! B team, competitive rhythm gaming was something he stumbled upon when taking a chance. “I didn’t really make the conscious decision to get into competitive rhythm gaming, it was more so the fact that ‘I enjoy the game and I enjoy playing and improving with other players’,” he said. Eventually, Piggy was selected to participate at Mania Cup 2016 – the only staff-sponsored osu!mania tournament – and has continued to be a top competitor ever since.

The Mania Collegiate League is a community-run tournament series dating back to 2019, open exclusively to post-secondary students from around the world. There’s no major prize support here – it’s all about friendly competition amongst players.

UW came into the tournament with seven players split across two teams. While the A team struggled to claw their way out of the loser’s bracket throughout most of the event, the B team under Piggy’s leadership got first seed during the qualifier round, earning them a free ride straight to the quarterfinals. From there they ran through with an undefeated 4-0 match record, including a perfect 6-0 sweep against Thailand’s King Mongkut Institute of Technology Ladkrabang in the finals.

“We were pretty confident when we signed up as we had the highest-ranking players across all teams, including two Mania World Cup players. Although some other teams could beat us in niches such as raw accuracy, we were definitely the best team when it came to consistency, speed, and raw skill in general,” Piggy said.

The event was specific to one of many game modes offered in osu! — known as osu!mania. This mode emulates the gameplay style of more traditional rhythm games as opposed to the complex layout and motions utilized by the original game. While osu! would normally have players perform all sorts of slides, quarter circles and other strange patterns with a stylus, touchscreen or mouse in order to score points, osu!mania only uses four buttons on a keyboard matching four lanes of notes. Press the buttons corresponding to the beatmap shown on screen, and you’ll earn points based on how accurate your timing was, accompanied by a whizzing soundtrack worthy of your wildest anime dreams.

“There is definitely personal appeal in the music. I’d say I started playing because the game was fun but stayed partially because of the music,” Piggy said. “Personally I like electronic music, and osu! has a large selection of beatmaps to choose from for that, as well as virtually every single other genre. Japanese music is common in the osu! scene but I think there’s something out there in the beatmap listings for everyone to enjoy.”

The tournament itself allowed any number of teams to represent a school, with each team made up of 2-4 members. In total, 15 teams from 13 different schools faced each other in a double elimination format. Matches were played using a two-on-two format over the course of several weeks, with a qualifier round preceding the main event in order to determine people’s skill level and match them appropriately.

“The two-on-two play was a staff decision, but I think it allows for more team-play without requiring a larger team, as some institutions only had one or two players. One-on-one play would also be very one-sided and uninteresting to watch due to this being an all-ranks tournament, meaning that two-digit ranking players can go against five-digit ranking players, making matches way more predictable,” Piggy explained.

The event utilized a select pool of beatmaps during each stage of the event, with each individual match being preceded by a ban-pick phase. This adds an additional layer of strategy unique to playing in a tournament setting as opposed to playing casually.

Now when it comes to rhythm gaming, most casual observers are likely to associate the genre with the Guitar Hero craze from the mid-to-late 2000s, or the mobile gaming hit that was the Tap Tap series. And while the genre may have faded somewhat from public consciousness, titles like osu! have managed to maintain a loyal following for more than a decade. How you may ask? The secret is surprisingly simple.

“Unlike those games, the vast majority of the content in osu!, no matter the game mode, is user-generated. Players can create, play, and share beatmaps and skins to customize the game to their hearts’ content,” Piggy explained. This free-to-play, highly-customizable, community-driven model was somewhat ahead of its time back when the game first released in 2007, and is still very unique today as the game continues to rely on donations and physical merchandise sales to stay online.

If you want to watch more of their extraordinary rhythm gaming prowess follow Piggy and Arpia97 on Youtube. Not only are they two-thirds of the winning UW osu! team, they also represented Canada on the world stage during the Mania 2020 World Cup.

The Debated Origin of Coal 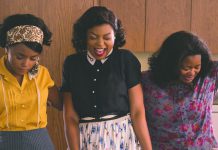 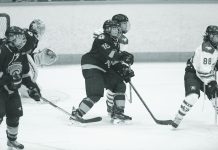 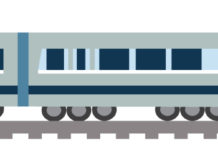