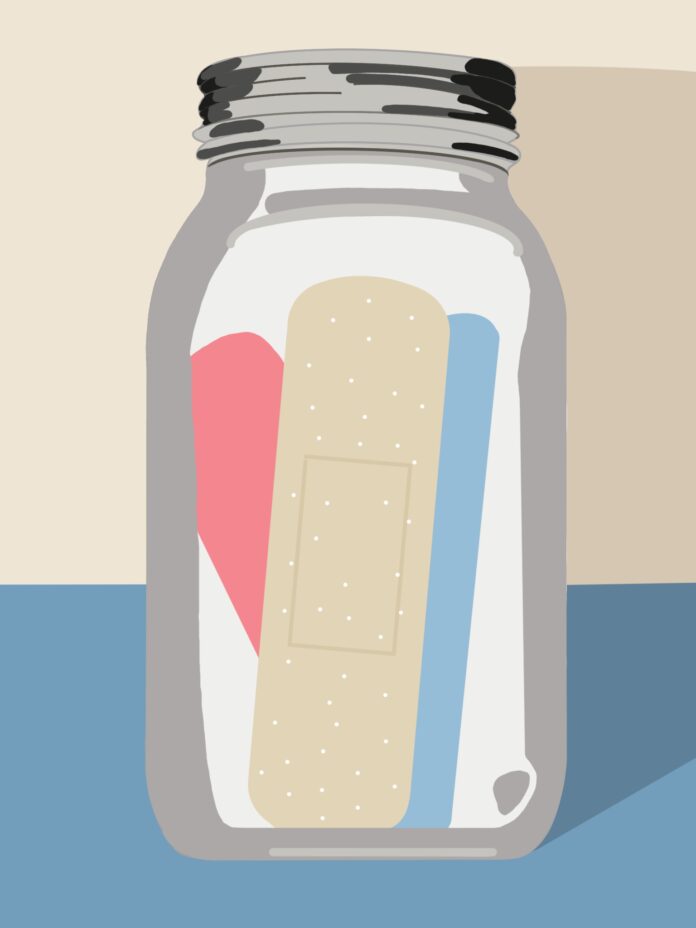 This initiative is operating from the counselling services office in Needles Hall on the second floor. Each student will be eligible to receive three free bandages per academic year.

In a statement announcing the new initiative, UW president Feridun Hamdullahpur said he anticipates a positive increase in students’ mental wellbeing through Band-Aide.

“Here at the university, we are committed to taking action on mental health. That is why we have launched this new initiative using the findings from the President’s Advisory Committee on Student Mental Health (PAC-SMH) Report,” Hamdullahpur said. “We believe that giving out free Band-Aids will help students during this extraordinarily stressful time and de-stigmatize mental health issues.”

Many students have already received their first free bandage.

Ima Down, a second-year theatre and performance studies student, reflected on the initiative.

“I think this is a step in the right direction. Mental health is a serious issue in this student community and this initiative will help get students talking. If we see someone else with a band-aid, we can talk about our struggles and rant about the crippling amounts of pressure that we face during exam season,” Down said.

Missy Rable, who is pursuing a PhD in nanotechnology, picked up her free Band-Aids earlier this week. Due to her fear of losing even one bandage, Rable keeps them in a small glass case beside her bed.

“It’s amazing to get those three free Band-Aids. I usually have such bad depression that I can’t get out of bed in the morning. But today, when my alarm rang, I saw the Band-Aids on my bedside table and instantly sprang up and was happy as a clam all day. Thank you, UW!”

Staff members from the counselling services office said the bandages will be available in many colours, patterns and designs, catering to the diverse student body. For example, there’s a selection of Peppa Pig bandages for the math students, Bob the Builder bandages for the engineering students, as well as Adventure Time-themed bandages for the geography students on a journey to better mental health.

The office also started a social media campaign asking students to post pictures of themselves with the bandages while using the hashtag #BandAide to promote the mental health initiative. Five lucky participating students will be randomly entered into a draw to win a package of cotton balls and wooden tongue depressors.

One undergraduate student who wanted to remain anonymous called the initiative “a Band-Aid solution” to a much bigger and more serious problem. They said they were afraid to voice their concerns because of the consequences they might face for their unpopular opinion.

However, most students, such as fourth-year biomedical student Trevor Lewinsky, said they don’t share that same point of view.

“The one person who said the Band-Aid won’t fix this problem. I completely disagree. If someone has negative thoughts, they can go and get a Band-Aid and the different colours will boost their serotonin and they will never feel down again.”

MATES (Mentor Assistance Through Education and Support), a program that has currently been offering online appointments for mental wellness, has announced it will be reverting to Band-Aide following the initiative’s launch.

“We have graciously received 20 free Band-Aids from Campus Wellness and we support this initiative 100 percent. In fact, we’ve decided to cancel online counselling services and rely on Band-Aide indefinitely. Thank you for this groundbreaking initiative that will surely have a huge impact on students’ mental health and overall quality of life. #MentalHealthMatters #Band-Aide.”

They also shared a handwritten note from president Hamdullahpur that read, “Dear, MATES. We hope that these bandages will be useful to the select few students that need a lot of help. Please distribute them wisely.”

A survey done by engineering students who had picked up the bandages showed that mental health had improved by 420% as a part of the Band-Aide campaign.

“I don’t know what I would do without the Band-Aid. When I’m feeling anxious about an upcoming test or exam, I put on the Band-Aid and I feel like freaking Beyoncé. No more Eminem — knees weak, palms sweaty, arms spaghetti energy. It’s amazing,” she said.

Students will need to make an appointment using the Campus Wellness website two days prior to picking up their Band-Aids. When students arrive at the office, they should be prepared to wait at least 45 minutes six feet apart as it can be time-consuming to pick between the limited edition Shrek and Toy Story 3 bandages.