The University of Waterloo used to have a film studies program. Let that sink in. Back in the early 2000s, KW native Matt MacKinnon graduated from that program. Fast-forward a little more than a decade and now he is one of three owners of the Apollo Cinema —  the region’s newest independent movie theatre.

MacKinnon took a few steps in between getting his degree and starting the business. He completed a masters of film studies at Carleton University and spent seven years working for the Toronto International Film Festival. About four years ago, he migrated back to KW and is now putting his talents back into his home region.

MacKinnon and his business partners, Andy Hillock and Daniel Demois –– who run the Fox Theatre in Toronto –– officially opened Apollo Cinema two weeks ago and, so far, MacKinnon said things are going smoothly.

“Part of being a good programmer of a cinema is listening to your audience,” MacKinnon said.

Upon first walking into the theatre, located at 141 Ontario St. North in downtown Kitchener, it looks like any other small theatre: a popcorn machine, red carpeting, and posters lining the walls. But inside the auditorium it’s a different story. The cinema’s single screen is huge — about 43 feet according to MacKinnon.

The building’s roots are in movies. Until 1998, the Odeon Hyland was housed there, but when stepping into the auditorium now, no one would likely recognize it. Since last October, MacKinnon, Hillock, and Demois have completely revamped the space.

The seats are a game changer. Originally, the theatre sat over 700. Now, it’s down to 308 — a sacrifice made in the name of legroom. The back few rows feature small tables, perfect for holding the craft beer the theatre serves. It’s the only movie theatre with a liquor licence in the region. The auditorium features completely up-to-date sound technology from Christie Digital.

The theatre’s projection booth houses a stark contrast between old and new. The walls are covered in peeling mint green paint, and a box on the wall — originally used to open and close the long-gone curtains, still hangs. In the centre of the booth is an ultra-modern projector system.

“We’re not some hole in the wall theatre, we’re the real deal,” MacKinnon said.

Being a former university student, MacKinnon said having a student discount was an easy decision. Flash your WatCard and you can get into a screening for $8.

Just a few kilometres down the road from Waterloo’s Princess Cinemas, the two theatres are bound to draw comparisons, but MacKinnon said they’re not here to compete. “I think moviegoers here are going to be really well served,” he said.

“Waterloo’s not Kitchener and Kitchener’s not Waterloo,” said MacKinnon, reiterating that the Apollo is still finding its audience.

A big challenge for the partners is driving traffic down to their block at Ontario and Duke Street MacKinnon credits the off-King Street location as to why the building was never turned into a nightclub, which has been the fate of many independent theatres over the last few decades. 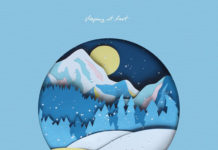 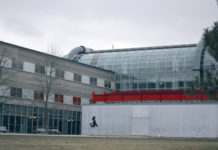