Chagger has been active in the Liberal Party since she was 14, most recently working as regional co-lead for Justin Trudeau’s leadership campaign in Southwestern Ontario.

“We [The Liberal Party] have a lot of great leaders and we’re building a really great team and I’m looking forward to it,” Chagger said. “I really do believe in Justin’s message.”

Chagger, who was born and raised in the region, has been highly involved in the area over the years. She was named one of the Record’s Top 40 Under 40 in 2012, and is currently involved in Bring on the Sunshine, CTV Diversity Committee, Women’s Municipal Campaign School, and the Workforce Planning Board of Waterloo Wellington Dufferin among other things.

“I think it’s time to make sure that Waterloo’s voice is heard in Ottawa. I think Ottawa does a lot for the nation, but we have a lot to offer too when it comes to our educational resources with the two universities and the college. The natural resources coming out of these places is amazing.

“It was great to see how many youth got involved in that event [Trudeau’s UW visit] … I really do believe that the people in this community are the resource that we need to invest in,” Chagger said.

If she is elected, Chagger said her priorities will be minority rights, and investing in research and development, innovation, and small businesses.

“We need to give graduates the resources and the opportunities they need so that they choose to stay here,” Chagger said.

“I think debate and discussion is really important, and I think it’s time to let people have a say and not just be told what to do … we have to give people an opportunity to participate in that process by making issues relevant to them,” Chagger said.

She also hopes that she will be able to connect to students and get them involved in the campaign.

“Being a little bit younger than the average politician, I think that connection [with students] is there. Issues that are relevant to students still matter to me and I believe that their voice should be heard,” Chagger said.

“I have been in seven federal campaigns, this will be my eighth, and I really want to pave the road and see a younger generation of people holding positions of power within my campaign team, and I want to provide those opportunities.

“Everybody is welcome on my team, I would love to work with you. My doors are open,” Chagger said. 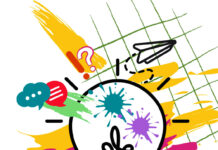 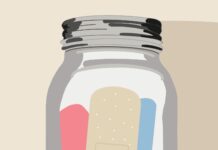 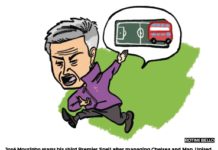