Co-founders Sarbjeet Singh and Samson Berhane, alumni of the mechatronics engineering program, formed Grasp Inc. in 2015 and are based at the Velocity Foundry in Kitchener.

Grasp is a water-resistant lock armed with what Singh and Berhane say is the “world’s smallest” optical fingerprint sensor powered by AAA batteries. The lock is connected with a phone app of the same name, where users register their bike and fingerprints.

While Singh and Berhane had originally planned to release Grasp in Fall 2016 and had run a successful Kickstarter campaign to raise $75,000 in funds, the duo decided Jan. 3, 2016 to cancel their Kickstarter and focus more on product development.

“From our first prototype, we launched our Kickstarter in a mere seven months after participating in the Hax program,” Singh said. “During the time the campaign was running, we continued development and found that the suggestions from backers would make the project even better, so we began implementing [them] but [we] realized that we had to rework our manufacturing to guarantee the delivery of all the features. So to work on that, we chose to cancel the Kickstarter even though we were pretty much at our goal.” The project had 530 backers with $74,067 pledged.

“The team worked really hard, so that when the time came, we could deliver something really awesome,” Singh said.  “Each success means you are going in the right direction. However, you can’t let the successes go to your head because the path of a startup is over many hills and every time you reach the top of one hill, there is going to be a slight drop and this can lead to demotivation.”

In an update to their Kickstarter, Singh and Berhane thanked their backers for their continued support in the form of answering surveys and promised to keep them up-to-date via email updates.

The duo further elaborated: “The Grasp Lock is a security product, and this makes its ability to function reliably much more critical than your normal electronic device. You can’t simply press a reset button on a security device if it acts weird. Security products like this are built on the trust backers like you have in its capability.”

Singh had words of encouragement for UW students looking to pursue entrepreneurship. “[My] biggest advice … is validate your idea and do it right. Show your minimum viable product to lots of people and gather feedback and determine your product market fit early. You don’t want to spend precious time and capital on something which is not needed. Then, form a team of dedicated engineers and someone in business so you can develop and grow your vision. This is the foundation of your company and you have to make sure it’s strong,” he said.

“A start up’s success is critical to a team with the skill set and determination to see it through.” 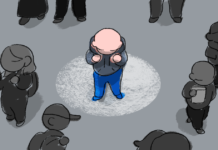 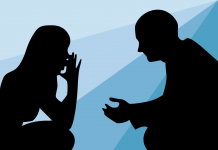 Mind on my money, money on my mind