The project started through reading the newspaper and a dinner table conversation. Recognizing the backlog of surgeries due to the pandemic, Rozario knew there had to be a better way to combat this problem.

“Surgeries are currently being booked using the mean of the past 10 case times as the new booking time and I just thought this kind of inefficient. If you have one case that takes a really long time then that mean is skewed for the next 10 cases,” Rozario said.

Thus, she created a machine learning algorithm in Python, which uses a software suite created by Google, to analyze three years worth of data, with the option for each surgeon to input their own historical data to get scheduling times more specific to their practice. Rozario’s algorithm then produces schedules based on all the data, resulting in the least amount of time over or under. With this algorithm, she was able to demonstrate theoretically about a 20 per cent reduction in overtime and undertime frequencies and also estimated half a million dollars in savings from just nursing overtime.

Rozario’s vision was translated into action through the help of Picis, a company that creates operating room booking management software, where she was invited as a consultant during a co-op term. She worked with Picis to implement her algorithm called the “smart scheduling” feature. The newest release of her product is currently implemented in approximately 400 hospitals.

Rozario credits Waterloo for pushing her to pursue this project as she feels the entrepreneurial spirit and competitiveness surrounding her inspired her to find new opportunities and solutions for problems she confronted in the world.

“I think Waterloo has really helped to give me the drive to even pursue this project in the first place…I didn’t understand that as a 19-year-old you can make impacts like this…I would have done this as sort of a fun proof concept, like, ‘oh it’s fine we can optimize this,’ but actually writing the paper, publishing the paper, working with this company and getting the results out there I definitely would not be able to do that without this drive that Waterloo has.”

Like many students, however, Rozario felt very overwhelmed in her first year, experiencing imposter syndrome and comparing herself to successful 4th years. By making use of resources such as clubs like Women in Computer Science and Coffee & Code she was able to attend workshops and develop new skills.

“I was part of like Women in Computer Science and they had so many workshops…but they also had people from Google come critique your resume…I would say my first year experience was very positive because there’s so many clubs that were trying to help you get work experience to get a good co-op to then go on and pursue your passions,” she said.

While Rozario is now the fourth-year student she used to look up to, she doesn’t necessarily see herself as a role model.“It is difficult to see myself that way because in my head I have no idea what I’m doing and the future is completely unknown, but If I encouraged even one person to consider technology or to pursue how to solve these real-world problems then I would consider that success,” she said.

Rozario is currently working to finish her degree and has her sights set on graduate school.

To new students she says, “I would just encourage anyone who has an interest in computer science to try pursuing it. I think there is a stereotype of the type of person that goes into computer science but really I think that technology should be democratized and this is power that should be wielded by everyone.” 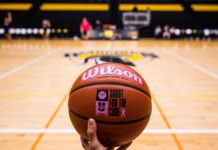