The University of Waterloo recently began testing gender-neutral bathrooms on campus as part of their inclusive washroom initiative, having introduced the initiative six years ago. However, student response has been divided, with several expressing the need to better educate community members on the matter.

James W.E. Rush, vice-president, academic and provost of UW, provided an update on the initiative on Nov. 21, stating that while each building on campus would generally retain gendered multi-stall washrooms or single-stall washrooms, at least one washroom in each building is being proposed for conversion. Potential candidates were chosen due to the convenience of factors like their existing location or size. Signage outside the proposed locations prompt users to give feedback via a survey, which will be taken into account alongside other considerations when deciding which locations will be changed. A statement from the university stipulates that “after careful review of the feedback received through this survey, a final list will be approved, and washroom signage will be changed to reflect the new status of the space.”

“I want to sincerely thank the Waterloo Undergraduate Students Association, the Glow Centre, and other trans and non-binary campus community members for their dedication in initiating and advancing this important work,” Rush said in the online statement. He then described the future of the initiative, stating that subsequent phases would include improving accessibility features, installing new single-use stalls where possible and making minor infrastructure improvements.

Asees Cheema, a first-year honours arts student, made her support for the initiative clear,
but felt that the university should push the initiative more. She described overhearing conversations of those who viewed the initiative negatively or with confusion, as well as their tendency to jump to conclusions without looking into the issue first.

“I just feel like the initiative should communicate better what exactly is happening, what it’s supposed to be and why that is because I feel a lot of people lack that education about it,” Cheema said. She pointed out the impact of echo chambers on student beliefs regarding the issue, stating that “a lot of people have a very negative view about it because of their own political beliefs…they only discuss it amongst their own friend group who mostly has the same views, so they read it and they think ‘Oh, this is so stupid,’ but you’re not really understanding the depth of what the issue is.”

Another student took on a similar view of hoping to see more explanation from the university.

“I just found it about a couple days ago…I still don’t understand the full scope of it, I just saw the signs, didn’t really read it, but I just know it’s good for inclusivity,” said Oneeb Khan, a fourth-year environment and business student. Khan stated that though the change didn’t impact him, he thought it important that the university take steps past posting signage that students might not read in order to explain the initiative better to community members.

UW first began taking steps towards such inclusivity in 2016, when the university implemented over 60 inclusive washrooms in several buildings on campus. While some of these are fully inclusive, being accessible to both those who are gender-neutral and those with disabilities, some are single-user gender-inclusive washrooms.

Public reports of Waterloo’s Canadian Research Chair Equity Action Plan display the phases of the project throughout the years, completing Phase I, retrofitting the 60+ washrooms to become gender neutral, by 2019, and initiating Phase II, larger upgrades to washrooms, in 2018. The current phase of the project, expanding inclusive washrooms to include multi-stall gender-neutral washrooms and proposing funding for an external contractor to “determine feasibility,” is ongoing, having been approved earlier this year. A statement from the university

Other schools like Wilfrid Laurier University have implemented similar initiatives, with a statement from June 2021 describing some of the actions taken by WLU to move towards washroom inclusivity, including removing many of the gender symbols marking single-use washrooms and posting new signage reminding WLU community members that “everyone has the right to use the washroom that aligns with their lived gender identity and expression.” 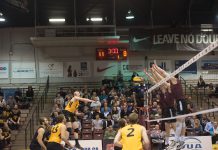 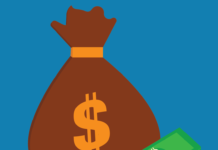