The recently released 2014 Quacquarelli Symonds (QS) World University Rankings placed the University of Waterloo at 169th in the world, up 11 spots from its 2013 ranking. 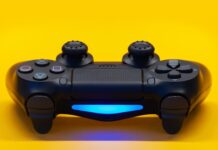