The University of Waterloo has opened a new facility to study the impact of climate change and other stressors on aquatic organisms. The development of the Waterloo Aquatic Threats in Environmental Research (WATER) facility was a two-year, $5.2 million project undertaken by the Faculty of Science that will enable researchers at the university to examine the health of aquatic ecosystems.

“Fish are great indices of the health of our river systems. If we know the fish we study are not doing well, it could suggest that there are impacts on water quality. We rely on our river systems around here for our drinking water and for other usages. So it’s really good to monitor how well the fish are doing to give us an indication of how healthy and clean our rivers are,” said Paul Craig, an associate biology professor and one of the lead researchers at the facility.

By studying smaller, bottom-dwelling fish called darters, researchers at the WATER facility can identify threats to organisms that are farmed and fished for food. “Darters provide a good indicator of the health of the river because they feed into the complex food web of the river. And if we see any impacts on those fish species, we can infer that there might be impacts on larger fish species — ones that we might find more economically or socially relevant, like rainbow trout or brook trout or lake trout,” Craig explained.

Craig, whose research focuses on the impact of human activity and changing climates on aquatic species, is one of six UW researchers involved in the lab, along with Brian Dixon, Barb Katzenback, Rebecca Rooney, Mark Servos and Heidi Swanson, all of whom are professors in the Department of Biology.

The WATER facility will also provide opportunities for students to be involved in leading aquatic research. “It would be fantastic to have students in there, particularly undergraduates, because I think that’s where you’re really going to develop relationships with undergrads that may be interested in doing grad work in [areas related to] climate change,” Craig said. He explained that this term, he is bringing his fourth-year students for a tour of the lab, adding, “hopefully over the coming years we can develop that more into students actually doing laboratory work.”

The lab itself is impressive. One of the largest aquatic test facilities in the province, it has technology that allows researchers to study a range of issues, as the impacts of disease agents, contaminants and changing water temperatures, which is important considering that climate change is expected to increase water temperatures over the coming years.

According to Craig, the WATER facility will enable researchers to make better linkages between field research and lab research, which will help them identify the specific effects of different stressors. “We can go out in the field and measure all these water quality parameters and impacts in the wild, then come back in the lab and start to replicate the data that we measured from the field and narrow down and focus what’s going on in the lab, or what’s going on with the species from a stressor specific response or just multiple stressor responses,” he said.

The facility will also enable researchers to measure the impact of simultaneous threats, rather than just exploring them in isolation, and even allow them to examine their multi-generational effects. “Some of the equipment [will allow us] to do multi-factor exposures on a daily cycle and a weekly cycle… We can [also] expose the parents to a given stressor then take that stressor away and track the subsequent generations that come out of that original breed or breeding adults that were stressed [and see] how that is going to affect future generations,” Craig said.

“There is research out there that says ‘yeah, these effects linger, particularly when we’re looking at things like pharmaceuticals and contaminants in the environment,’” he explained. “Never ever put any kind of medical waste down toilets, because that’s a big issue. Get rid of any pharmaceuticals you no longer need by taking them back to your pharmacy,” he said, emphasizing the detrimental effects of medical waste like antidepressants and other prescription drugs on aquatic ecosystems — effects that have been studied by researchers like Servos, one of the researchers involved with the lab.

As for other ways students can minimize their impact on aquatic environments and help combat the consequences of human-induced climate change? “Be conscious of your water usage. We want to conserve water, that’s a big one,” Craig said. The WATER facility reduces water usage by 90 per cent compared to the system that was previously used in aquatic research at the university. “And get involved with organizations in the region that help clean up the rivers,” Craig added, emphasizing the importance of large-scale efforts in reducing harmful human effects on the environment. 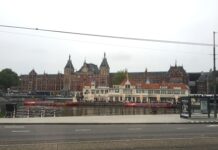 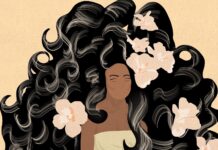 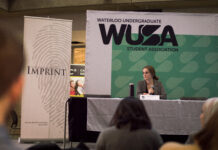