According to a recent study by Civil Aviation Electronics, the commercial aviation industry is expected to double in size over the next 20 years.

In an effort to better equip the world with the professionals to handle this expansion, the University of Waterloo and the United Nations have joined forces with a plan to bring accessible aviation e-learning around the globe.

Leading the charge is Dr. Suzanne Kearns, a professor of aviation at the University of Waterloo.

“The aviation industry is facing what is considered an unprecedented shortage of aviation professionals,” she told Imprint. “Not just pilots, but really everybody who works in aviation.”

According to Kearns, this includes everything from air traffic control officers and airport managers, to cabin crew mechanics and pilots.

“It seems like we pay the most attention to pilots because if we don’t have pilots, the aircrafts stay parked. I think that’s a very obvious signal that we don’t have enough people but the reality is [that] the shortfalls are quite a bit broader than that.”

The issue is so notable that it merited a special agency of the United Nations, called the International Civil Aviation Organization (ICAO), which meets every three years to discuss matters regarding the management of global aviation.

As of last year, the group came to the decision that recruiting and training the next generation of aviation professionals was to be made a global priority.

Kearns, having volunteered 5 years with ICAO’s program, Next Generation of Aviation Professionals (NGAP), had been involved with the cause for some time and as of last year, was asked to serve as Vice Chair of the program.

“[At the time,] it was clear that there was a shortage,” Kearns said, “but people weren’t talking about it.”

“It wasn’t widely known and we weren’t sure how to address it.”

Noting in particular the disconnect between various professions in aviation, Kearns began working on a textbook outlining profiles of each individual role within the industry, so as to allow aviation professionals to gain a broader understanding of the field as a whole.

To accompany the course, Kearns began to develop e-learning software, which she already used as part of an introductory aviation course at the University of Waterloo.

With nine narrated modules, ranging from between 45 minutes to an hour and a half, the course is dubbed Fundamentals of the Air Transport System and can be accessed anywhere with an internet connection.

During a 2016 meeting, Kearns shared this preliminary work with NGAP, who later offered to provide the course worldwide.

Thus began a process to arrange a partnership between ICAO and the University of Waterloo, which was made official only last week when President Feridun Hamdullahpur and Jean Audrey, dean of the faculty of environment, signed the partnership’s Memorandum of Understanding.

“It was a milestone,” Kearns said of the process, “but it was a good year in the making to get to that point.”

Set for release as of Nov. 29, the course is now fully finalized, requiring only final adjustments to rid the platform of glitches and ensure it is at full operational capacity.

On this day, ICAO will host a global summit for the next generation of aviation professionals – the first global summit of its kind for the cause, and the event at which Fundamentals of the Air Transport System will be launched.

At this time, the course will officially be made freely available, which was a process in and of itself, said Kearns.

In order to sustain the initiative, the course will include an exam certificate program to prove the merit of existing professionals, the cost of which will allow for the course content to remain free. However, Kearns doesn’t want the price tag to become the main focus.

“My biggest fear is that sometimes, people relate ‘free’ to being low-quality,” she said.

In spite of this, the professor assured that she put a great deal of time and effort into ensuring the quality of the content, the likes of which she has delivered to UW students for years.

More than anything, Kearns is excited to be able to play a role in sharing the joys of aviation.

“I’ve been involved in aviation since I was a teenager,” she said.

“I know that there are a lot of parts of the world where young people have no other way to access aviation education. It just doesn’t exist.”

In comparison to Canada, which boasts a “rich training network” for aviation professionals, other nations lack the same educational capacities, and opportunities therein are few and far between.

With this course, she hopes that young people who love aviation will finally be given a path into an  industry which they might not have otherwise been able to pursue. 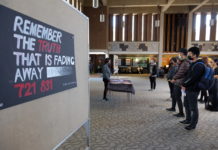 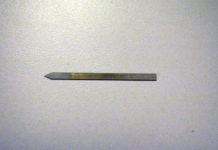