The “Oil Sands Moratorium”  is a consensus statement that was authored and signed by members of the Royal Society of Canada and members of the U.S. National Academy of Sciences, including University of Waterloo professor Thomas Homer-Dixon and signee Rebecca Rooney. Homer-Dixon, one of the co-authors of the consensus statement, is the CIGI chair of global systems at the Balsillie School of International Affairs, as well as a political science professor at UW. Rebecca Rooney is an assistant professor of biology at UW, and is one of the 100 co-signers of the statement. The full list can be found on the oil sands moratorium website, and is a clear indication that the scientific community has taken a unified stance on climate issues such as oil sands expansion.

“It’s rare that scientists speak collectively about controversial topics. Many of us had come to our own conclusions about the oil sands based on our research, and once we began comparing notes, we recognized the need to speak publicly, now, with a unified voice,” said Simon Fraser University ecologist Wendy Palen in a press release on the oils sands moratorium website.

The scientists who co-signed the statement are from diverse areas of academic study, which is necessary in an attempt to combat a dynamic problem. The issues surrounding oil sands development are not just ecological, but political and social as well. For example, the first reason on the list suggests that oil sands development is “incompatible with climate protection,” and that oil sands expansion is “inconsistent” with preventing economic and social damage, as well as human suffering in general. Another example on the list states that the oil sands expansion is lacking effective government monitoring.

Now that the scientific community has created a unified voice through the consensus statement, it can bring the dynamic issues that result from oil sands expansion in front of the eyes of Canadian policy makers.

“The scientific community has not had as large a role in the public debate as it should and it is important for the voice of the scientific community to be heard on energy policy, oil sands development, climate change, and their environmental impacts. The consensus statement is a way to reach out beyond the ivory tower and to engage a broad group of respected scientists beyond our core group,” said Simon Fraser University professor Ken Lertzman, who co-authored the statement. Aside from promoting the wide range of scientists throughout the academic community who represent the scope of oil sands expansion problems, Lertzman says one of the objectives of the consensus statement is to convince governments to implement a moratorium until an effective policy can be created.

“We hope to encourage governments to enact a moratorium on new oil sands development until such policies can be implemented so that decisions can be made in a policy context which considers the full range of their social, climate, and environmental consequences,” said Lertzman.

According to Kitchener-Waterloo Conservative MP Peter Braid, the oil sands are a valuable resource to the Canadian economy, and should be given “critical” attention when implementing new strategies for environmental protection.

“The oil sands are a strategic resource contributing to economic opportunity and energy security for Canada,” said Braid. “Innovation has been, and will continue to be, critical to reducing the environmental footprint of oil sands development going forward.”

The moratorium calls for a stop to oil sands expansion until governments in Canada, the U.S., and other parts of the world acknowledge the environmental, social, economic, and political issues that surround its development, and implement policies based on the interdisciplinary research provided. More information on the moratorium and the 10 reasons can be found at oilsandsmoratorium.org. 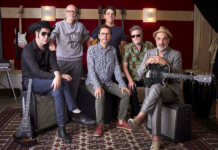 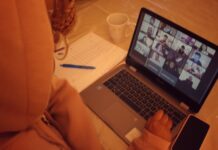