Jennifer Saul, an analytic philosopher and Waterloo Chair in Social and Political Philosophy of Language, has been conducting research on the role played by linguistic devices in the rise of racism.

Recently, Saul was named as one of the 10 most influential living philosophers of the past 10 years by Academic Influence, an academic rankings website.

“It’s a nice compliment, and one thing that made me very happy was that there were lots of women and racialized people on that list,” Saul said. “Philosophy has been so overwhelmingly white and male for so long that it was really heartening to see so many people who weren’t white men coming out at the top of that list.”

Saul’s research uses psychology, philosophy and linguistics to analyze the increase in racism, sexism and misinformation in the US and UK.

“Back in 2012, I wrote a book about the distinction between lying and merely misleading, focusing on things like the way that politicians carefully construct their utterances that they can say something true, but is, in fact, incredibly misleading,” Saul said. “So, I did a lot of work on that, and then in the years after that, I got very interested in the ways that people engage in a sort of subtle racist and sexist manipulation.”

Dog whistles are one linguistic device people use to code their speech, enabling them to signal racist ideology to others with similar opinions, without alerting those who don’t hold the same beliefs to their racism. Essentially, dog whistles allow people to engage in racist rhetoric while still maintaining plausible deniability.

“A classic example of this would be talking about problems in the inner city. When you are trying to say something negative about Black people without mentioning Black people, it is communicated quite effectively to your fellow racists,” Saul said. “But you can always defend yourself by saying, ‘I didn’t say anything about race, you’re the one bringing race into it, I just talked about the inner cities.’ This technique is called dog-whistling.”

Saul was particularly interested in understanding how and why Donald Trump won the U.S. presidential election in 2016, despite being openly racist.

“All the predictions from political psychology would have been that he would fail and that his campaign couldn’t succeed on the national level. If he was so obviously racist, people would reject it,” Saul said. “So, I became interested in how he was succeeding in the election.

Saul identified figleaves, another linguistic device that allows for subtle racism, as a key contributor to Trump’s success.

“I started to notice that along with the very obviously racist statements, he was also including what I now call figleaves, which are additional statements that are designed to reassure people that maybe it’s not all that bad,” Saul said.

In a 2017 article, Saul explained, “I use the term ‘figleaf’ because it is an utterance that provides a small bit of cover for something that is unacceptable to display in public.”

“When he announced his candidacy, he said Mexicans are rapists. But then he said, ‘I’m sure some of them are good people,’ and that was all in the same speech,” Saul said. “And that I think is something that’s been added on as what I call a figleaf. This way, people who like what he is saying need not worry about supporting racism.”

Saul believes that since the onset of the pandemic, figleaves have been used to inject conspiracy theories into political discourse.

“For example, when Bill Gates was under the radar for controlling people’s minds through the vaccine, people were saying things like, ‘Bill Gates is trying to control people’s minds for the vaccine. Maybe we should look into it, right?’ When questioned, these people would then go on to say that they are not endorsing this theory, they are just suggesting to look into it,” she said. “I think this kind of device is a very potent one and has had a really terrible effect on our political discourse in lots of ways.”

Saul mentioned that this linguistic device has also been used to mask sexist remarks. Benevolent, or more covert sexism, is accompanied by figleaves that disguise the true nature of the comments.

“A benevolent sexist would say that women are wonderful and they should be put on a pedestal and protected and that acts as a figleaf in itself,” she said. “Because this person is still going to restrict what women should be doing and then justify it in terms of protecting women and putting them on a pedestal rather than saying that they’re not capable of it.”

Saul is currently writing a book titled Saying The Quiet Part Loud: How Dogwhistles and Figleaves Facilitate Blatant Racism and Falsehood that explores the rise of racism and conspiracism along with the linguistic devices that have allowed for this to happen. She is also working on a joint project with the UK Statistics Authority on the misleading use of statistics.

A Mathie in the Arts World 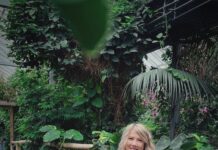 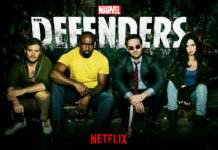