“We are delighted that Research Infosource has once again recognized Waterloo’s research excellence,” says Charmaine Dean, Vice-President, of University Research.

“Our distinctive approach and focus on impactful research are what make Waterloo a global hub for discovery and innovation,” he said.

Among the top universities involved in comprehensive research this year, UW was once again ranked number one for Corporate Research Income, generating more than $24 million this year.

However, the number of distinctions does not stop there for UW.

The research-leading University was also ranked number one for Total Sponsored Research Income, the Total Number of Publications and Publication Intensity.

Overall, UW ranks 11th among universities from across Canada for Sponsored Research Income, bringing an impressive $212 million in total.

Over the years, UW’s research excellence has been marked by a series of achievements, which include the 2018 Nobel Prize in physics awarded to Donna Strickland, an associate professor for Physics and Astronomy at UW, the setup of the Waterloo Artificial Intelligence Institute, the Cybersecurity and Privacy Institute, and the upcoming virtual reality optometry training lab at UW.

UW’s achievements tied to research are also recognized by Quacquarelli Symonds (QS), which ranks UW as the 163rd university in the world, and by US News & World Report Best Global Universities 2018, which ranked UW first for Engineering, and second for Computer Science in Canada.

UW looks to advance its research-driven ideas by providing opportunities for researchers to find commercialized assistance through the Waterloo Commercialization Office (WatCo).

UW provides students a platform for innovation through student entrepreneurship opportunities and support through channels, such as Velocity, the largest free startup incubator in North America, and Acceleration Center, which facilitates partnerships for existing companies and early-stage investors while providing resources for startups to grow.

“The Office of Research is the university’s central point connecting scientists on campus to opportunities for funding and a variety of services,” a UW statement said.

If you’re hungry for an experience, Waitress has got you... 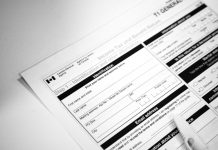 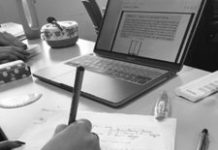