According to a study conducted by the Western Gazette, UW has the highest student government salary.

The study lists responsibilities of executives, student population, and source of income.

UW has four student executive positions: president, VP education, VP operations and finance, and VP internal, who each earn a salary of $46,532 per year. The execs also receive a benefit package worth $4,467, and are expected to work an average of 35 hours a week. This would be an approximate average of 25 dollars per hour should they work 35 hours a week for 52 weeks a year.

The University of Toronto Students’ Union has a student body population of 57,670, with seven student execs receiving an average salary of $30,060.92. These salaries are based on a cost of living increase equal to their role.

According to Feds president Chris Lolas, students pay $56.62 to Feds operating budget, $85.20 to the UPASS, and between $45-$103.13 for health and dental plans. The study also indicates that about $6.22 from the Feds student fees goes towards Feds executive salaries which ranks UW the seventh lowest cost per student in comparison to other universities.

Western University Student’s Council follows Feds with the second highest executive salary of $44,632.52, with a student population of about 30,000. Unlike UW, they have five executives and are one of the largest student governments in Canada.

According to the study, their salaries are a reflection of their overall responsibilities and accountability. Similar to UW, fees collected go towards health and dental plans, as well as bus passes.

Following Western University, the University of Calgary Students’ Union (UCSU) comes in third for the highest student union salary. There are also five executives who earn $38,481.00 each and represent a student population of about 24,387. The union runs businesses and events, and make decisions in the interests of their student body.

According to The Gazette, the UCSU executive salaries are determined by comparing other student union salaries and acquiring the average wage of an Albertan aged 20-24. According to Lolas, student fees contribute to execs fulfilling numerous daily responsibilities. Such responsibilities and tasks include overlooking clubs, services and special events, liaising with societies and advocates; government and institutional advocacy, overseeing commercial services, preparing budgets, and more.

“Waterloo is unique in that we have a large student population on campus every term, so Feds does all of this year round, whereas nearly every other student union reduces its service offerings dramatically in the summer term,” said Lolas.

Why does math scan? 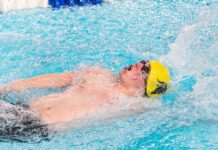 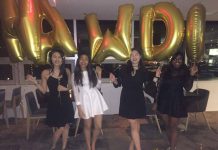