Faculty members and students gathered in the upper gallery of STC to celebrate the awarding of over $11 million in research funding to the University of Waterloo.

That number, announced at the Friday, Dec. 2 event, includes new funding and renewed research chair positions for six staff at the university. The funding comes courtesy of the Natural Sciences and Engineering Research Council of Canada (NSERC) as well as the Canada Research Chairs (CRC).

Research grants and chair positions were granted to individuals across a number of faculties including statistics, chemistry and pure mathematics. Even the Arts got some financial attention when Professor John Turri from the department of philosophy was awarded a Tier 2 research chair which equates to $500,000 over 5 years.

Waterloo MP and Minister for Small Business and Tourism Bardish Chagger welcomed the group by recalling fond memories of her time at UW as a science student. “It’s such a pleasure to return to my alma mater, especially on behalf of the Minister for Science Kirsty Duncan,” she said.

Chagger continued her speech, emphasizing the importance of research funding in our province and our nation as a whole:

“Our Prime Minister, the right honourable Justin Trudeau has made it clear that science is, and will be at the front and centre of our government’s agenda. There are few places where these values are more important than in Waterloo region.”

After Chagger spoke, one of the professors from UW was welcomed to the podium to explain to the crowd the importance of his work and the funding he received. Professor David Blowes from the faculty of Earth and Environmental Sciences explained the work that he and his group TERRENET do, which focuses on sustainable and responsible resource extraction. Blowes emphasized the value of his research.

“There are still 90 active mines across Canada,” Blowes said. “There are nearly 10,000 abandoned mines in Canada. Along with obvious financial benefits that can come from this research, there are also a number of socioeconomic and environmental solutions we regularly encounter. Our research group is focused on addressing those issues and we have a network of 15 researchers at seven universities across Canada who are focused on the important environmental issues that comes with mining operations.”

With this new influx of funding across faculties and positive government attention, the University of Waterloo continues to shine as a beacon for scientific and technological development in Canada. 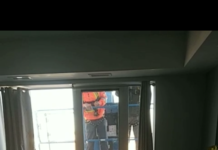