The University of Waterloo Secretariat has announced that, currently, the UW Senate has eight vacancies. The Senate has jurisdiction over the educational policies of the university and has the right to make recommendations to the Board of Governors on matters related to the operation of the university. A few of the Senate’s powers include the authority to regulate curricula for all courses, monitor the conduct and results of examinations, determine standards of admission and confer degrees, diplomas, certificates and honorary degrees.

In November of last year, the Senate approved the addition of two new Diplomas, one in Black Studies and the other in Fundamentals of Anti-Racism Communication. These powers are ordained by the University of Waterloo Act of 1972. This act also outlines the composition of the Senate, which stipulates that eight undergraduate students must be elected — one to represent each of the six faculties of Waterloo and two to represent the undergraduate student body at large.

UW Senate elections are organized in conjunction with the annual elections conducted by the Waterloo Undergraduate Student Association (WUSA) held in February, although this year, the WUSA elections were delayed until the following term. Each undergraduate representative on the Senate serves for two years and can serve only two consecutive terms. To participate in the Senate election, a student must decide on whether to be nominated for the at-large Senate Seat or the faculty-specific Senate seat. The nominations have different requirements, with the at-large seat requiring 100 signatures from any UW undergraduate student, and the faculty-specific seat requiring 25 signatures from undergraduate students from the same faculty as the potential nominee.

The WUSA Executive Team consists of the President, Vice President Operations & Finance, Vice President Student Life, and Vice President Education. Each member of the team has specialized roles within WUSA to ensure students’ voices are heard and their issues resolved. The WUSA Students’ Council is the main governing and legislative body of the WUSA Federation. The WUSA Board of Directors is the highest strategic decision-making body within the Federation. The various Student Societies provide representation to different faculties and majors.

However, only the WUSA Executive Team, Students’ Council and six members of the Board of Directors are elected by the student body. To run for a position on the Executive Team, a student must acquire 100 signatures from any UW undergraduate student. To run for a seat as a councilor requires 25 signatures from UW undergraduate students from the same faculty as the potential nominee. The six elected members of the Board of Directors are elected during the WUSA March General Meeting. Two of the six members are elected from the pool of sitting Students’ Council councilors. The remaining four are elected from the student body at large with two serving for two-year terms and the other two serving for one-year terms. Undergraduate members of the UW Board of Governors are chosen by the UW Senate. In regard to the various Student Societies, each one has their own unique election process.

No matter the area of interest, there are many ways for students to get involved with governance at the university. 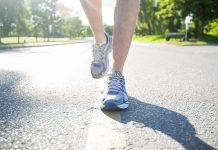 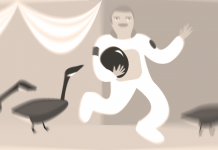