Nordic IoT is a competition which accepts developers of all ages and from across the world, with 2016’s competitors coming from Germany, Israel, Russia, the U.S., Canada, and Sweden. This year’s competition centred on two major themes: intelligent buildings and intelligent health care systems. While the competitors had the opportunity to brainstorm their concepts beforehand, they had about two days to work on designing the systems during the hackathon, after which they presented their platforms to investors and members of the general public.

The competition also had opportunities for developers to improve their skills, especially for SQR, the youngest competitors at Nordic IoT.

“We [had] showcasing events where they’d be able to mentor us. They had mentors who were teaching us how to advertise,” Khanna said. “They gave us a bunch of gadgets to use, some of those the best and newest European gadgets, which weren’t really familiar in Canada and the U.S. That was something really incredible for us because we’d never heard of some of these gadgets.”

SQR’s idea focused on developing a system that would make the hospitalization process easier and more comfortable for both patients and nurses. Describing their thought process, Khanna explained, “When patients are at the hospital, they’ll often be in bed, and nurses have to come by often and ask them really simple and basic questions, which we found really repetitive, and something we could automate and make better. Something that we found was patients often felt that there were things they were uncomfortable talking to their nurses about, that they’d be more comfortable talking to their watch about. So [our idea was] replacing the shifts of [nurses] having to go around, and making it so they only go around when they’re required — essentially a patient management system.”

Khanna described the system as a watch which would prompt patients with questions to assess how comfortable they were, and if they needed any assistance. The completed questionnaires would then be forwarded to doctors who could assess whether the patients needed assistance and instruct nurses accordingly. Through this process, the system would let nurses spend their time more efficiently, and make it easier for patients to talk about uncomfortable matters.

The team’s idea was very much influenced by their own experiences in hospitals. “Two of the members of the team, we’re pretty adventurous, we’ve been hospitalized a few times — which I guess is a good thing and a bad thing in this situation,” Khanna said. “I remember my first time being hospitalized, I was a bit younger. I felt awkward because the nurse would come by and ask weird questions, and as a younger child it was awkward to [answer] her or him. As I got older it’s a bit easier, but I still find it annoying and I’d still rather be alone to do it myself.”

SQR did not place among Nordic IoT’s winners, but Khanna notes that a lot of investors spoke to them about making their product a reality. Of course, with plenty of university ahead of them, Khanna doesn’t know when the team will take their next steps: “The idea of automating and making patients’ lives easier is something that we all wish to do. In the near future, it’s probably not something we’ll be doing, but hopefully we can help out another company that wants to do something similar or give the idea to someone else and let them run with it." 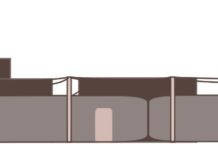