With a focus on developing its Health Sciences Campus, UW recently proposed transforming a vacant warehouse on Joseph Street in Kitchener into a 90,000 square-foot innovative health facility valued at $35 million.

“This opportunity to develop our Health Sciences Campus represents a significant milestone, not just for the University of Waterloo and Velocity, but for the city and region. Together, we are expanding our contribution to one of the global economy’s most important sectors. And together, our citizens stand to benefit as well from emerging health innovations,” Feridun Hamdullahpur, President and Vice-Chancellor of UW, said.

After a proposal at a Kitchener council meeting on Nov. 2, 2020, the city council voted upon a proposed contribution of up to $8.5 million, or 25 percent, of the capital costs to the project. As part of the agreement, UW will be leasing out 5,000 square feet of the faculty’s space to the city for $1 for use by the Waterloo Region Small Business Centre to support health-related companies growing their business.

According to the proposal UW submitted to Kitchener city council, the 90,000 square foot vacant warehouse UW is looking to repurpose is already owned by the university’s Health Sciences Campus.

The proposed facility will also become the new home of UW’s Velocity program. Velocity,  which has received over $1 billion in investments and launched over 300 startups, is Canada’s most productive incubator. The relocation would expand the incubator’s current size of 36,000 square feet.

“With a focus of technology and innovation-based solutions to health challenges, the proposed facility would be unique in Canada,” Hamdullahpur stated in the proposal.

For the continuation of this project, the university is highly dependent on its municipal partners to help fund the proposal. The project is in its early stages and is slated for completion in 2023.

For the sake of games gone by 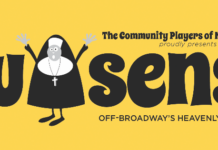