On Oct. 19, the University of Waterloo’s Office of the Registrar sent out a memo stating that UW’s self-declaration policy will now include an option to self-declare a short-term absence.

This option is limited to undergraduate students, and students will use Quest’s Student Absence Declaration page to indicate the absence, which is defined as a maximum of 48 hours, during which they are exempt from any assessments. Students may take the absence for any reason and are not required to disclose the reason or provide documentation as was previously necessary. The absence can be used once per term, during formal lecture periods.

Several students praised the update for its leniency.

“As it is, it’s a very big improvement over previous [policies],” said Raymond Li, a third-year computer science student.

During the spring term, the university’s policy regarding COVID-19-related absences required students to complete a similar self-declaration form in Quest and contact their professor before or within 48 hours of the assessment due date. The university’s current policy regarding other medical causes for absence requires students to fill out a University of Waterloo Verification of Illness (VIF) form within 48 hours of an assessment due date to receive accommodation. However, health practitioners may charge a fee for completion of the VIF, challenging the accessibility of the policy in some students’ eyes.

Li described an incident during winter where despite coming down with stomach pains, he had to physically go to the doctor’s office to obtain a doctor’s note, which cost him $25, to get accommodations for assignments. “Now, I can stay home and rest and self-declare, and not have to pay $25, so I think [the self-declaration]’s a great idea,” he said.

Olivia Cote, a second-year kinesiology student, also approved of the update. “At the end of the day, we all want to get through our programs, but we do also have to take care of ourselves and other people, so if there are reasons we need to take time away from classes, I think it’s reasonable,” she said.

Cote appreciated not having to disclose her reasons behind taking time away from class. “Sometimes things are a little personal and I don’t really feel like everyone [needs to] know what’s going on,” she said.

“I don’t see how [professors] would be non-accommodating for [the new policy],” Li said. “For most of my courses, I’ve seen profs outline specific policies for if you miss a midterm because of VIF, they can just apply the same policy for self-declared absences.”

Cote also trusted that professors would work with their classes and students to make accommodations, but stated that the current policy could be expanded. “Forty-eight hours sounds like a good plan but at the same time, things happen out of nowhere…obviously it depends on the situation, but I think it should be expanded a little bit,” she said.

Chris Li, a first-year kinesiology student, was also pointed out the benefits of the short-term absence not requiring formal documentation, as it can sometimes cost money. However, he was hesitant about a potential expansion of the policy, saying, “I don’t think [expansion] is a good thing because then people are going to start taking advantage of it, right?…If they give you more than one, you’re gonna start taking advantage of it, and that’s not fair for other people.” 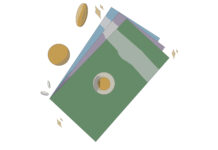 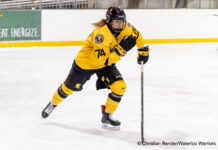