The University of Waterloo is home to many thriving student design teams, and the UWAT robotics team is no exception. The student-led group competed in the VEX U Remote Skills Championship in June, where they claimed victory over 77 other teams.

Due to the pandemic and travel restrictions, the team was unable to compete in the usual in-person challenges this season. Instead, they took on the “Remote Skills Challenges” that use video conferencing to inspect the robot, observe the run and post a score to the global rankings.

The team constructed a 15-inch by 15-inch by 15-inch robot to complete the skills objective — moving red balls into the goals while removing the existing blue balls. To do this, the robot had to navigate around a square enclosure and pick up the balls with very precise movements.

The skills competition consisted of two types of matches, each lasting one minute. The driving skills matches were driver-controlled with Bariciak operating the robot, while the programming matches required a completely autonomous run. Teams were ranked based on their combined score in each type of match.

“I enjoy being the driver,” Bariciak said. “At the level that we were competing, there was a lot of pressure and very little room for error to achieve the perfect run we were seeking, so I practiced the routine often. I benefited from prior experience competing as the robot driver in high school and extensive experience flying high-performance model aircraft.”

The Waterloo team performed very well this season, both in the Remote Skills Championship and in earlier regional events.

“There were plenty of pretty exciting moments,” Bariciak said. “Early in the season, we achieved the maximum score possible and jumped into second place in the world, behind a highly competitive team from the Shanghai Jiao Tong University in China.”

The UWAT team went on to set a new world record score in late March, beating their opponent from China by 11 seconds and moving into the first place spot. They continued to attend more competitions hoping to improve their score, and they found great success.

“We beat our previous score by a massive 12 seconds and were fortunate to do so, as the Shanghai Jiao Tong University team had improved drastically as well,” Bariciak said. “They ended up finishing just two seconds behind us, keeping us in the number one spot and guaranteeing us the Regular Season Skills Champion honour.”

UWAT displayed impressive technical skills during these competitions, but the team faced difficulties as well.

“Although we were very pleased with our success this season, competing during a pandemic brought on many challenges,” Bariciak said. “Notably, with our team members scattered across Ontario and Canada, we weren’t able to collaborate in-person this year.”

Bariciak and his sister, Tia, performed all the onsite building for the robot. Other team members helped with designing parts, testing algorithms and planning routes.

“Developing a remote workflow for engineering and administrative tasks was challenging at first, but we adapted quickly and found great success despite this limitation.” 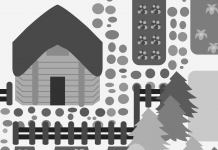 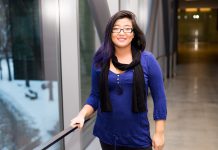