On Nov. 8, Vivek Goel was installed as the seventh president and vice-chancellor of the University of Waterloo.

Goel is a distinguished physician, researcher and academic who was appointed as a Member of the Order of Canada in December 2020 in recognition of his career-long commitment to public health and the valuable contributions he made to the Canadian government’s COVID-19 strategy.

The installation, which was attended virtually and in-person in Engineering 7, came three months into Goel’s tenure, which began on July 1, 2021, when he succeeded former president Feridun Hamdullahpur.

Goel began his address by thanking those who came before him. “It is an enormous privilege to be here with you today to be installed as the University of Waterloo’s seventh president and vice-chancellor. I am humbled and honored to now carry the mantle previously worn by such an esteemed group of predecessors.”

In his address, Goel spoke about the university’s history and its purpose going forward, including the contributions he hopes UW will make to creating a more equitable and sustainable post-pandemic world. “As we look to build back after so much disruption, universities are and will continue to play an important role in economic recovery and ensuring society is more resilient in the future,” he said.

“We must continue to build on our successes in innovation and entrepreneurship. We need to work to ensure that our entrepreneurs can build enterprises that benefit us all. We also can embed the spirit of innovation in the minds of our graduates, wherever they go,” he added. 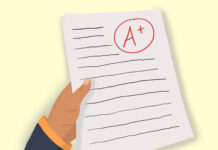 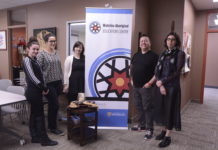