Despite a strong showing against the number-two ranked Toronto Varsity Blues on Feb. 29, the Warriors women’s volleyball team came up short in the quarterfinal match, losing in straight sets.

The Warriors ended their regular season with an 11-8 record and finished fourth in OUA West Division. The Warriors crossed-over to the OUA East to take on the Varsity Blues, who finished their season with a 17-2 record in first place.

The two teams squared-off just a week ago on the final weekend of the regular season and Toronto took that game in straight sets (19, 16, 21).

Dating back to 2011, UW only has a single victory against the Varsity Blues which came during the 2019-20 season.

UW began the game in Toronto with a 4-0 lead, but Toronto rallied back to tie the game at seven. After trading points, the Varsity Blues pulled away to take the first set 25-18.

The Warriors began the second set hot, taking a five-point lead at the technical timeout. Up 21-17 a few points later, UW looked poised to close out the set, but Toronto stormed back for a 25-22 win, showing everyone why they are the top-seed

The second set loss seemed to deflate the Warriors, who looked rattled in the third as Toronto cruised to a 25-18 victory.

Sarah Glynn led the way for the Warriors with eight kills, two aces, and a block. Karen Fan also pitched in with eight kills while Claire Gange added 21 assists in the effort.

Following the weekend, Glynn was named the OUA West Player of the Year and a first-team all-star. Glynn led the OUA in kills this season with 300. Gange was also named a second-team all-star.

With no graduating seniors the Warriors will look to build on the strong performances of Glynn and Gange next season and rediscover last season’s success. 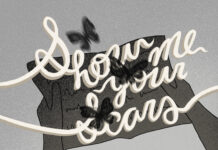 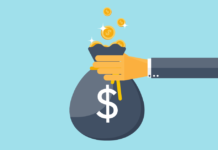