I was riding in a ZR van along the south coast when an argument broke out between a fellow passenger and the driver of the van. ZRs are privately-owned minibuses, the best way to get anywhere on the island if you don’t mind hair-raising speeds, pounding bass, and hanging out with 25 other people in a 14-passenger van in 30 degree heat. In these conditions, the odd quarrel is nearly inevitable.

This particular argument had to do with the music blasting from the speakers of the ZR. The genre varies from van to van – reggae, soca, calypso, dancehall, American pop, even country – but the common element is the volume. You can usually hear the thunderous rumble of the ZR’s speakers before you can see the vehicle itself. It doesn’t matter if the van’s seats are ripped, the suspension is shot, or the motor sounds like it’s on its last strangled breath – the sound system is always shiny and new.

Anyways, it seemed that the passenger took issue with the style of music being played in this van. He loudly aired his grievances, and the driver retorted. Several other passengers joined in, and the ZR’s conductor piped up to defend the driver. Soon everybody was talking over each other. There was muttering, squabbling, and indignant cries lobbied back and forth. There was hand-waving and scoffing. And there was me, in the middle, not understanding a single word.

Barbados, as you probably know, is an English-speaking country. Here, like everywhere else (except Buckingham palace, perhaps?), there is a regional dialect, also known as a nation language. To my Canadian ears, the Bajan nation language ranges from perfectly understandable to utterly indecipherable – which makes for many confused smiles and entreaties of “could you say that again?” on my part.

Bajans are expert at what’s called “code switching” – the ability to shift seamlessly between registers (the language used for a particular purpose or in a particular social setting). So that means even if I can understand my classmates perfectly well when they answer a question in class, I may not be able to make out a word of their conversation among friends.

We Canadians code switch too, to a lesser degree; for example, I speak slightly differently to my 17-year old sister than I do to my grandmother. However, the differences are more pronounced for Bajans (ha! did you catch the pun?). When Bajans are talking amongst themselves in a casual setting, the endings of words get lopped off, the pace of speech quickens, new vocabulary comes into usage, grammar structures shift, a different cadence emerges, and emphasis lands in different places. Unfortunately, it’s hard for me to get specific here, because after all, I’m not really sure what they’re saying. But suffice it to say, it sounds completely different than the English I’m used to hearing.

In addition to being excellent at jumping from register to register, Bajans are also adept at distinguishing different regional dialects. Most people here can tell a Bajan from an Antiguan from a Jamaican after hearing only a few sentences of speech. Even more remarkably, many Bajans can also distinguish regional dialects within their own (tiny) country – apparently those from the north have a notably different accent than those in the rest of the island.

Even when speaking Standard English, Bajans sneak in phrases and sentence constructions that are distinct, kind of like the Canadian “eh.” There are many, but here are a few off the top of my head:

“Yes please” and “no thank you” are the cornerstones of polite conversation, but Bajans take it further. They throw that “please” onto “yes” in a whole lot of situations where I would not think to add it. For example:

Me, to a grocery clerk: Do you have fresh bread?

Teacher to student: Were you in class last week?

No need to bother with the whole “How are you?” routine – nobody ever responds with anything but ‘fine’ or ‘good’ anyways. Bajans get straight to the point with this common greeting.

To me, good night is something you say right before you go to sleep. So unless I’m turning off the light and hitting the hay within the next 15 minutes, “good night” feels out of place.

Not here, though! “Good night” is a common greeting, right there with “good evening.” It’s subtle, but it catches me off guard every time.

You’re passing by me in the hall, and wave at me. “Hi Lindsay!”

I wave back and reply, “Okay, alright.”

Instead of acknowledging your greeting with a greeting in return, I just plain acknowledge your greeting. To my ears, this conversation sounds like a celebrity greeting overzealous fans, but here it’s pretty common between ordinary people.

I’d have to consult my Applied English grammar textbook to nail down the proper terminology for this particular speech peculiarity, but I believe it is the use of the subjective pronoun in the place of the objective pronoun. Whether my linguistics prof is cheering or smacking his forehead right now, the fact remains that Bajans tend to use the same pronoun they started out with, all the way through the sentence.

Where you can print something in KW 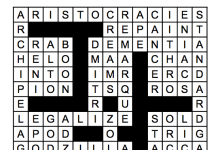 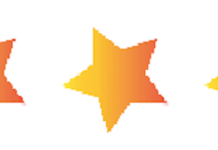 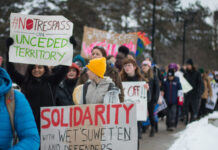