Based on last year’s league ranking information, Roly Webster, the director of Athletics and Recreation, pointed out that UW’s varsity program is in the top 10 within the country and top two in Ontario. It is a significant achievement considering the challenging programs that UW student athletes are in. Webster also said, “They are called student athletes for a reason — student comes first — and in our eyes, therefore, academics comes first.” UW Athletics and Recreation works with the Student Success Office and constantly tries to create an atmosphere that is supportive for student athletes both athletically and academically.

“I just think that the academic rigour and athletic demand of being a student athlete are very significant. Academically, there are a lot of expectations. And to be a student athlete in 2015 means that you are probably training 12 months of a year [for] most sports, so it’s a huge commitment,” said Webster. “I think that’s a huge challenge to make that type of commitment, but at the same time I think that the reason why they are successful is because that strengthens their affinity for their experience.”

According to Webster, student athletes always have the support of their teammates and coaches, which is an extension of their family when they are on campus. Through team meetings, first-year student athlete orientation, and captain representative councils, UW Athletics and Recreation constantly tries to spread the message that support is always offered within the department to all student athletes.

“There are a lot of students on this campus that commit a lot to the institution through student leadership opportunities. We just have the luxury to recognize our student athletes, and I am very proud of their achievements,” said Webster.

Police drones rescue from the sky

A female is killed every 2.5 days in Canada 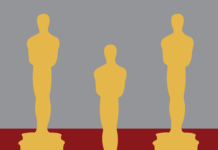