Home Sports Warriors claw back for the win 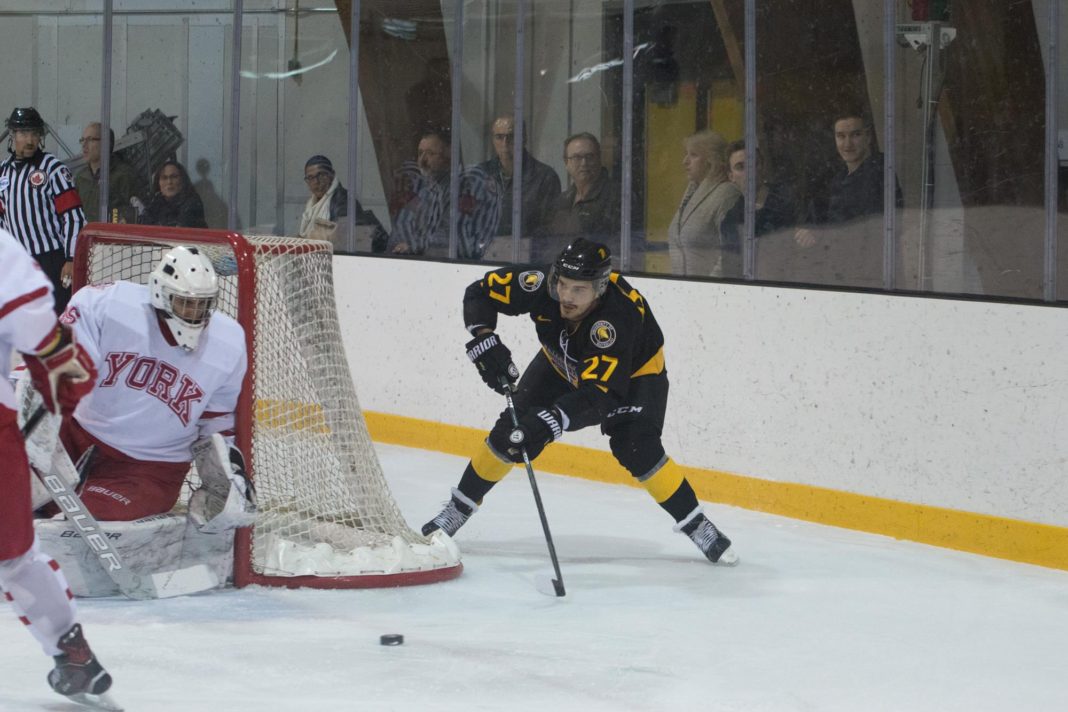 Friday, Nov. 17 marked another hopeful win for the men’s varsity hockey team, coming back in the third to beat the York Lions 6-4.

Phillip Fife ignited the fire in a last-minute sprint for the Warriors.

Fife’s spectacular goal led to two more goals scored by Eric Diodati and Daniel Perigo. The Warriors claimed their win over York in a matter of minutes.

Credit is also due to the goalie for the Lions, Alex Fotinos, who saved 31 shots that night.

Only Michael Morgan, Nick Halagian, and Zac Coulter were able to sneak past Fotinos for the three earlier goals.

The York Lions held the lead in the first period thanks to their tactical line ups. They powered over Waterloo with their power plays, two of which resulted in ejections of two of Waterloo’s players over verbal objections.

The Warriors rebounded in the second after being down 2-1 thanks to saves by goalie, Mike Morrison.

There were many verbal exchanges throughout the game, some more colourful than others that referees did not take a liking to. Keigan Goetz was thrown out two minutes into the third and shortly after, Markson Bechtold was thrown out as well, this time for spearing.

The Warriors were then down to ten forwards and it didn’t look good for the black and gold but they peresevered and the magic happened in the final moments of the game.

The boys take on the McGill Redmen and the Concordia Stingers in the wrap up of their 2017 season. Catch them at their home games at CIF for free as a UW student. 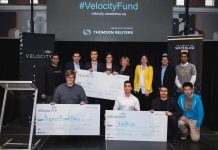