Both the men’s and women’s basketball teams had large mountains to climb when the Ryerson Rams came to visit on Jan. 21. Ryerson’s men’s team ranks fourth in the nation, while the women’s team ranks seventh.

On the men’s side of the court, Ryerson was able to jump out to a quick 20-7 lead in the first quarter thanks to their strong three-point shooting and rebounding. They would eventually finish the first quarter with a 32-18 lead.

The second quarter saw more of the same for the Warriors as every time they tried to claw away at the Rams’ lead, Ryerson would drain a three-pointer and halt any Waterloo momentum. The Rams’ offence would not let up for the rest of the quarter extending their lead to a 52-33 score going into halftime.

The game was already over at halftime with Waterloo’s offence unable to muster up enough firepower to make a dent into the Ryerson lead in the second half. Ryerson would go on to break the century mark, winning the game with a final score of 100-68. The Rams would finish the game with 17 three-pointers made.

On a brighter note for Waterloo, Justin Hardy and Denim Hodzic finished with 17 and 16 points, respectively. It was a poor shooting night for the Warriors, as they finished the game 23 for 73 (31.5%) from the field. This loss brings their record down to 3-10, last in the OUA West.

As for the Waterloo women’s team, it would be a poor performance in the first quarter that led to their eventual defeat. The Warriors were unable to create many scoring opportunities for themselves, which resulted in the team accumulating only six points in the first quarter, putting them down 17-6.

The Warriors fought hard to keep up with the Rams for the rest of the game. From the second quarter onwards, the Warriors were able to hold their own against the seventh-ranked Rams — basically playing an even match — but that was not enough to erase their first quarter deficit.  Ryerson would go on to win the game 62-50.

Ryerson’s Sofia Paska had an outstanding performance, scoring 26 points while being a beast on the boards with 14 rebounds.

Leading the way for Waterloo was Emily Wilk, who played a courageous 35 of 40 minutes in the game en route to 14 points, six rebounds and four assists. Kristen Osborne also chipped in 12 points of her own, as well as six rebounds. This loss drops the women’s basketball team’s record to 5-8.

Both men’s and women’s teams will play host to cross-town rivals Laurier Golden Hawks on Jan. 28. The battle of Waterloo begins at 12:00 p.m. with the women’s game, while the men’s game tips off at 2:00 p.m.

Energy drinks and their effects 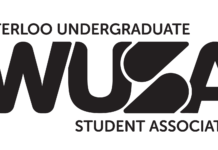 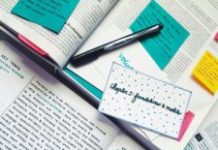 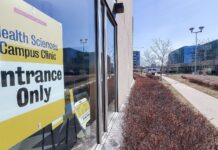