However, with their victory over the Lions, the Warriors guaranteed themselves a spot in this year’s national CIS championship, taking place in Saskatoon Feb. 27-March 1. It’s the Warriors’ first appearance at CIS in 20 years.

Dyck and Zachary Doherty had stellar performances. Dyck recorded eight kills and five blocks, providing a tough presence at the net. Doherty collected an impressive 16 kills and two blocks in the contest.

Their efforts, as mentioned above, not only allowed the Warriors to advance to the OUA gold medal game, but also to qualify for nationals — the CIS championship tournament.

With the victory, this year’s young and inexperienced squad has reached further into the playoffs than last year’s team, which featured a more experienced, veteran group.

This year’s team got their revenge against the Mustangs as they knocked them out of the playoffs to advance to the OUA final four tournament in Hamilton.

The Warriors are entering this year’s CIS championship ranked sixth in the country with golden aspirations. They were set to face the Alberta Golden Bears — the defending champions — in a quarter-finals match on Feb. 26, but the results were posted after printing deadline.

Update: The Warriors lost in a straight-sets match against Alberta Thursday afternoon. 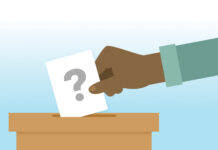 Here’s how students feel about the upcoming federal election