Third-year Warriors head coach Chris Bertoia was brutally honest when discussing what needed to be done to show his team is improving.

“Closing the gap in the scores is definitely going to help people understand, yes, we are making progress,” said Bertoia before Waterloo faced off against football powerhouse McMaster at Warrior Field.

While the score might not be the finalproduct Bertoia was looking for, the Warriors looked much improved despite a 35-0 loss.

The Warriors (0-4) had their strongest defensive performance of the season.  After giving up 57, 65, and 75 points against York, Ottawa, and Western, respectively, Waterloo was able to contain McMaster for a large portion of the game and held them from scoring a touchdown in the second half.

McMaster (3-1) dropped four spots in the CIS football rankings to ninth place after a loss last week to Ottawa, but made sure their losing streak didn’t stretch to two.

The Warriors offence continued to struggle, the shutout running their average points per game to a measly seven points. McMaster’s defence has been the strength of their team this season, only allowing 23 points in four games, and Waterloo never threatened to add to that total.

Starting quarterback Lucas McConnell never found his groove against the Marauders. Consistent rain and wind throughout the game hindered his ability to accurately locate his passes and his statistics showed it. The third-year Kinesiology student completed only seven of his 21 pass attempts with two interceptions and after a hard hit late in the second quarter, was replaced at halftime by first-year Ethan Belbeck.

After trading punts through the team’s first drives, McMaster broke through at the seven-minute mark of the first quarter. Running back Chris Pezzetta blasted through the Warriors’ defensive line from one yard out to cap off an eight play drive by the Marauders.

McMaster led 16-0 after a safety early in the second quarter, but the Warriors defence held firm and it looked like Waterloo would go into the break still within reach.

Two turnovers led to 14 McMaster points in the last two minutes of the first half and the Marauders went into the break leading 30-0.

The Warriors defence forced four turnovers in the second half, two fumble recoveries, and two turnovers on downs, but the offence couldn’t do anything with the good field position. Waterloo amassed a mere 164 yards throughout the game.

McMaster quarterback Asher Hastings had a solid game for the Marauders, going 12 of 16 for 140 yards, two touchdowns, and no interceptions.

In the wet conditions, McMaster chose to keep the ball on the ground, rushing 45 times for 227 yards. Jordan Lyons led the Marauders attack, rushing for 105 yards on 17 attempts.

Waterloo plays their next game on Sept. 24 against crosstown rival Wilfrid Laurier (4-0), at the Golden Hawks’ homecoming match. Kickoff is 1 p.m. at University Stadium where the Warriors will not only look to win, but score their first points against the Hawks in the Bertoia era.

What matters to you? Highlights from the Feds executive Imprint debate 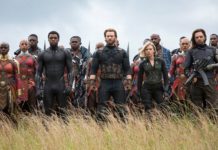 What to expect at gamer’s Christmas: E3 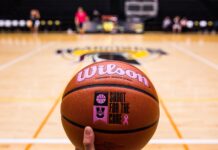