After a sluggish start, Waterloo dominated on offense, defense and special teams to earn a 52-8 victory over the York Lions on a windy Labour Day at Warrior Field.

Last week’s 54-33 win over Windsor was the program’s first victory since the 2014 season and the team followed it up by earning their first winning streak since 2009.

A strong headwind wreaked havoc on the Warriors in the first quarter. A two-and-out on their first drive followed by a botched punt netting two yards left the Lions in a promising position to use the wind to their advantage, but as they did throughout the day, the Waterloo defense suffocated the York offense.

Three of York’s five first quarter drives started inside Warrior territory, but the defense held them to six points — a field goal, a safety and a punt rouge.

Waterloo continued to achieve success with their dual-quarterback system, rotating Ford and senior Lucas McConnell in and out throughout the contest.

Ford completed four of five passes for 50 yards to go along with a touchdown and led the team in rushing with 152 yards on eleven attempts and two majors. McConnell threw for 140 yards and a touchdown on ten of sixteen passing and added a rushing score.

Through two games, Waterloo’s offense has already shattered last season’s total points scored figure of 77, as Ford and McConnell have helped throw up 106 points in the opening two contests.

Fourth Year Mitch Kernick led the Warriors in receiving with 71 yards and a touchdown, while second year linebacker Kurtis Gray led the defense with six tackles.

In tough conditions, kicker Caleb Girard had a perfect day going 2/2 on field goals and 6/6 on extra points. He also added two kickoff rouges to bring his total points scored on the day to fourteen.

It was the Warriors first home win since 2012, a streak of sixteen games. Next up, the Warriors try for their first 3-0 start since 2007, as they battle the University of Toronto Varsity Blues on Sept. 9. Kickoff is 1 p.m. at Warrior Field as Waterloo celebrates Black and Gold Day. 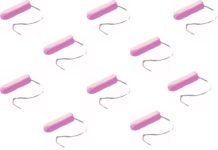 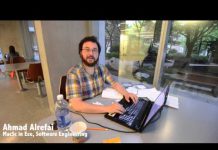 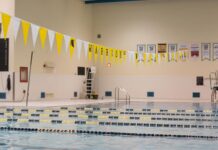