Out of the eight awards that could have been won in the western division, the Warriors snatched up seven. They also populated the All-Star and Rookie list rounding up a fantastic season for the 2021-22 year.

Winning Most Valuable Player and Defender of the Year as well as an All-Star which is an award given to some of the top performers of the season, Carley Oliver, a fourth-year health studies student, heavily contributed to the team’s success this season. Sudbury, Ont. native rallied up six goals and nine assists this season, finishing the season ranked seventh in overall goals and third in overall assists in the league, respectively. This also marks the second women’s west hockey team MVP in a row for the Warriors, with Taytum Claimon winning in the 2019-20 season.

The OUA West Forward of the Year went to second-year Arts and Business student Leah Herrfort. Much like her teammates, she heavily contributed to the season as well, scoring points in 14 out of her 15 games.

The Rookie of the Year award went to Keiara Raitt, a first-year architectural engineering student. The Ancaster, ON native made the most of her season by grabbing 10 points this season and was named as part of the OUA West Division’s All-Rookie team.

Winning Goalie of the Year was Mikayla Schnarr, a second-year arts and business student who had already won the Rookie of the Year award for the 2019-20 season much like her teammate Riatt. Her goal-tending stats were some of the best this season with a 1.18 goals-against average, .947 save percentage, and six shutouts. Shutouts occur when the goal-tender is able to prevent every shot from going into the net through the course of the entire game.

Meghan Fergusson won this year’s (and UW’s first) Most Sportsmanlike Award. Fergusson, contributing five goals this season and nine helpers while also scoring goals while the other team took penalties, avoided penalties herself with only four minutes of penalty time.

Concluding the major award list was Shaun Reagan winning Coach of the Year. Reagan has coached the women’s program for 11 years, and this was his second Coach of the Year award, with his first conference award being won in 2011, which is awarded to the coach who displays the “highest ideals and qualities of sportsmanship and service while engaged in coaching in university sport.”

The Warriors had a great season. Their 13 wins put them on the top of the Western division for the first time, and second overall in Ontario, coming in second only to the University of Toronto Varsity Blues in the East division.

Congratulations to the team. 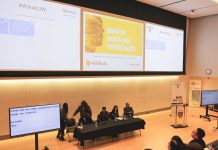 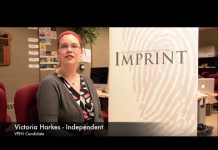