On paper,  Warriors’ goalies are the best in the country. According to the OUA, in total the two have allowed only eight goals in a seven-game stretch.Reimer saved a whopping 35 shots to earn her well-deserved shutout and to lead the Warriors into their sixth straight win, giving them 17 points in total.

They are now fourth in their division with Western, Brock, and Queens ahead of them.

The solo goal of the night came from Warrior’s Tegan Odland at the end of the first period with the help of Rachel Marriott and Hannah Street.

As the Warrior’s draw their 2017 year on the ice to a close, it’s important to reflect upon their overall game play to help predict their future success.

Their pre-season was strong, and even though the Warriors lost their first game of the regular season, it did not set the tone for the six games they would win following it.

With only seven games played, the Warriors have out-scored six of thirteen teams with most of the teams before having played 2-3 games more than them in which the Warriors could easily catch up.

The Warriors close their fall season with an away game against the Guelph Gryphons Nov. 24 and three straight home games. 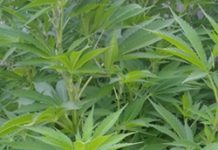 Impress your other culinarily-challenged friends