For the first time since 1945, Valentine’s Day falls on Ash Wednesday, a day of fasting for Catholics that also marks the first day of the Lenten Season. Because of this, Waterloo Region Catholic schools are celebrating their Valentine’s Day one day early, on Feb. 13. This may seem strange to those unfamiliar with the religious day, but upon some examination, it makes a lot of sense.

Ash Wednesday kicks off a 40-day period of abstinence leading up to Easter that represents the time Christians believe Jesus spent without food, traversing the desert and resisting the temptations of Satan.

Naturally, Ash Wednesday is a solemn day, and also why Catholic schools in the Waterloo Region are choosing not to celebrate Valentine’s Day in the same 24 hours.

However, to non-Catholics, or even those unfamiliar with Ash Wednesday, this may seem odd. To explain, the diocese issued a letter to school boards, including the Waterloo Catholic District School Board. It explains the importance if self-denial during the period of Lent, and the priority it should take over the celebration of Saint Valentine.

While, to Catholics, Ash Wednesday is more important than Valentine’s Day, the day of love is actually a religious event as well, marking the Feast of Saint Valentine, memorializing the 3rd-century Roman Saint.

However, celebrating Shrove Tuesday (or Pancake Tuesday as it’s sometimes called) on the same day as Valentine’s Day actually works out rather well. Shrove Tuesday, which always precedes Ash Wednesday, calls for indulgence ahead of the abstinence associated with Lent. So, why not celebrate the day-of-gluttony on Valentine’s Day?

Each school in the Wellington Catholic District School Board will reportedly decide how to celebrate Valentine’s Day “in ways that honour customs and traditions in respectful ways,” as superintendent of education Mike Glazier told CBC News.

While the Waterloo Catholic District School Board is advising Valentine’s Day be celebrated on Feb. 13, the board’s superintendent is completely fine with an acknowledgment of “the lessons of Saint Valentine” on Feb. 14, which involve “love for God and his fellow man.”

Abe Erb: Where everybody could know your name 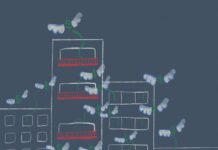