Imprint sat down with Smyth to learn more about the conference.

“I have been to many conferences, but what I was hoping to learn more [about] was about the role reviews for the positions of the CFES and about the motions that were being discussed,” said Smyth, a chemical engineering student and EngSoc VP Communications. “I was also very interested in talking to other students from other institutions and [learning] about what they do.”

Tell me about the conference overall.

The conference I went to is called the Canadian Engineering Leadership Conference (CELC). This is an annual student-run conference that has two main objectives. First, the annual general meeting for the CFES (Canadian Federation of Engineering Students) happens where each school gets to bring motions forward and vote on them. Then the second is to provide a platform for students all across the country to collaborate and learn from industry partners, sponsors and other students. Over 40 engineering schools participate in this, and we also hold the elections for the new CFES exec team and the Ontario Ambassador.

What were you hoping to learn at the conference?

I have been to many conferences, but what I was hoping to learn more [about] was about the role reviews for the positions of the CFES and …the motions that were being discussed. I was also very interested in talking to other students from other institutions and [learning] about what they do.

What types of workshops did you attend?

There were four main streams for the conference which were Governance, EngSoc, Leadership and Theme-Innovation. Due to my role in my own Engineering Society, I attended the Governance stream as the VP External for the University of Waterloo B. The sessions I attended included updates on the officer team, budget review for the CFES, engineering accreditation in Canada and the general assembly. However, the other delegates were able to attend sessions in the other streams where they did a case competition and went to sessions such as Innovative Solutions to Advance our Energy Evolution.

What are your takeaways from the conference?

As EngSoc VP Communications, what are you looking forward to bringing to EngSoc this term?

I have been the VP [of] Communications for the Engineering Society ‘B’ since September 2022. My role is split into two portfolios which are external and internal. For internal, I help support all the advertising and social media for the Engineering Society. Then externally, I represent our school at a provincial and national level. This term, I look forward to helping to make sure everything runs smoothly for advertising by supporting my advertising commissioner. I am also looking forward to being able to send more people to the remaining conferences this term which are CALE (Conference on Advocacy and Leadership in Engineering), which is being held in Guelph, and CSE (Conference on Sustainability in Engineering), which is being held in Vancouver.

Other messages to fellow engineering students

A message I would let other engineering students know about is just to get more involved. Join a design team or a student club but remember to have good time management and always prioritize your mental health! 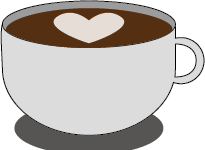