According to UW Health Services, the campus is not at an increased risk of a disease outbreak. Because of our generally younger population, students face different vulnerabilities than the greater community.

Mumps, norovirus, and meningococcal are some of the most likely to occur on campus, outside of the common cold. Mumps outbreaks have been problematic, particularly for university and college campuses in North America. This may be because while two doses of the vaccine are necessary, many students have only received one. Even with two doses, the mumps vaccine only protects about 85 per cent of the population.

The norovirus, also known as the stomach flu, presents a risk to campus because of the large population concentrated in residences. Touching surfaces that have been in contact with stool or vomit and then touching the face or food most commonly spreads this virus. The most effective way to combat this is handwashing.

Meningococcal disease, perhaps best known as a case of meningitiis, is most commonly transmitted by sharing food and drinks, and activities that cause the sharing of saliva. Most students that grew up in Ontario have been vaccinated for one of the most common strains: C. New vaccines covering other strains have recently come out on the market and are available at Health Services.

Measles, the disease that has had outbreaks in Disneyland and  Toronto earlier this year, is generally brought in from overseas.

Barb Schumacher, director of Health Services told Imprint, “Since UW has students and staff travelling to other countries on a regular basis, it is very possible for measles to be brought back to the UW campus. The measles vaccine, however, is very effective at protecting an individual from acquiring measles if they have received two doses of vaccine after age one.”  Anyone who was born after 1996 should have the two doses of the vaccine.

Kristy Wright, manager of infectious disease at the Region of Waterloo Public Health and Emergency Services, noted that “anyone who is traveling internationally is at a particular risk for measles, or even domestically in the United Sates and Canada where there is activity — when travelling to Toronto, for instance is eligible for a second dose and we would recommend that you receive that.”

Wright also believes that a large outbreak of measles would be unlikely because of immunizations.

“Once [measles] hits that immunization wall, it is very unlikely to spread beyond one or two people who are not adequately immunized,” said Wright.

When talking to both of these health professionals, the importance of immunization was highlighted on several occasions. Schumacher noted, “In a population where there is a high level of vaccination there is not a concern about an outbreak, although unvaccinated persons are at risk if exposed to an infected person. ‘Herd immunity’ [the high level of vaccination in a community] offers protection to unvaccinated people because it limits the number of people who become infected and therefore limits potential for exposure.”

On our campus, only medicine, optometry, and pharmacy have immunization requirements as they are all in health fields. However, Wright said, “It is recommended that international students be vaccinated according to our Ontario immunization schedule, so usually you have to provide proof of immunization when you come into Ontario.”

Schumacher also added that international students may be vulnerable to varicella, better known as chicken pox. If a student has not had this in their childhood, they can book an appointment with a doctor to discuss immunization.

In 2012, in response to UW pursuing a more international vision, Health Services added a travel clinic. This clinic is for nationals who do exchange, co-op, research or tourist travel, and internationals who are returning home or travelling elsewhere for all of the same reasons, as well as the family members of students, employees, post-docs, and visiting scholars.

“By seeking advice and preventative vaccines or medication from our experts, you are contributing to a healthier you and a healthier community,” noted Schumacher.

Health Services recently had a discussion on adult immunization as part of a learning program they are part of.

“We all agreed that we need to enhance our messaging about the importance of immunization on campus. We have many ideas. One of them is to circulate the barcode that permits students to download an app for their handheld device,” Schumacher said.

She concluded by saying, “Because we have a public health system which provides immunization free to our population, our campuses tend to make recommendations but not requirements for immunization. Given the internationalization of our campus and others, maybe it is time to have a debate on this topic.” 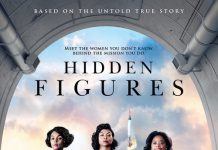 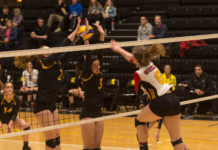