On Nov. 26, the World Health Organization (WHO) announced the discovery of a new COVID-19 variant known as Omicron. The variant originated in South Africa and quickly spread to several European and Asian countries.

On the same day that the WHO classified the new variant, the Canadian government made the decision to close its borders to South Africa. Unfortunately, it was already too late to prevent the spread as two cases of the variant were detected in Ottawa on Sunday morning.

An update released by the WHO on Sunday stated that it is currently unknown whether Omicron is more transmissible or more lethal than previous variants. Due to the large number of mutations in Omicron’s spike protein, it appears that those who have had COVID-19 before are more likely to be re-infected with Omicron compared to previous variants. Studies are also underway to determine the potential impact Omicron may have on existing vaccines.

As many Ontario universities expand their in-person offerings for the winter 2022 semester, it is unknown what impact the new variant might have for students. Prior to the discovery of Omicron, Carleton University announced that many of their planned in-person classes for winter 2022 would be switching to online. In light of the new variant, some UW students have begun to worry that the University of Waterloo might make a similar decision.

“It’s going to be very disappointing if everything ends up online again,” said Matthew Lam, a third-year computer science student. “I signed a lease for the winter term under the impression that things would be in-person. If it’s all online, that will have been a huge waste of money.”

The university did not respond to a request for comment in time for publication. However, they have previously stated that in-person classes and course activities will move online only if required for public health reasons. It remains to be seen how Ontario Public Health will react to the variant, but Ontario health minister Christine Elliott said she believes the province has good measures set up to deal with Omicron.

“Ontario has the infrastructure in place to manage outbreaks,” Elliott said. “Ontario is prepared and ready to respond to the new variant.”

Region of Waterloo officials responded to concerns about Omicron and COVID-19 during their weekly briefing on Nov. 26. Karen Redman, chair of the Region of Waterloo, stated that the region has been in contact with the premier’s office to address the threat of the new variant.

“I’m encouraged to see that the provincial and federal government are looking at addressing this issue together,” Redman said. “Given this is a pretty predictable outcome, it’s the way viruses work, I’m heartened to see they’re continuing to be vigilant.”

Dr. Hsiu-Li Wang, medical officer of health for the Waterloo region, stated that one of the best ways to tackle Omicron is to continue with current public health restrictions. 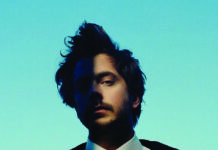 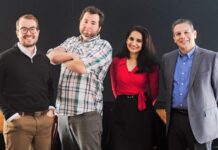 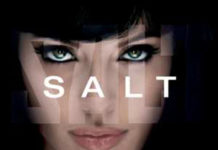 Salt: A tasteful, action-packed take on the classic spy film