“I think politics is one of the highest forms of public service which is why I pursued this vocation in the first place. People know that I’ve delivered positive results for our community and not only that, but I have a track record of making positive policy contributions on the national level as well. I was involved with the creation of the First Time Donors Super Credit. I was also responsible for the establishment of the SSHRC-administered Mandela Scholarships, which are a tribute to the life and legacy of Nelson Mandela. I’ve worked hard at the local level to deliver results to the people of Waterloo, to represent the values and interests of this community, and I’ve also worked at the national level to make positive policy contributions.”

“I believe that Waterloo has the opportunity to make a significant contribution to ensuring a greater role for innovation in promoting environmental sustainability. This is one of the big challenges in front of us and I believe that Waterloo, because we are the centre of innovation in Canada, because we’re developing an emerging green-tech industry here, I believe we can make contribution by innovations playing a greater role in promoting and protecting the environment.”

Why did you choose to run for the Conservatives?

“I know students and all Canadians alike share a common concern and that is the economy and jobs. When students are making a significant investment of time and money in their education, they want that investment to pay off when they graduate, they want jobs and opportunities when they graduate, they want the backdrop of a strong economy locally and nationally. A Conservative government will continue to protect our economy and keep our economy strong in the face of global economic uncertainties. Canadians understand that there is still some [turbulent] economic waters within the international context and they want Canada’s economy to stay strong. They want the strong, stable, financial and economic management of a Conservative government. We will also keep taxes low for individuals, for families, for individual businesses, and we’ve made a commitment to government, we’ve made a commitment to Canadians that as a government, we will continue to maintain a balanced budget and live within our means.”

“The federal government has and will continue to play a very important role in terms of providing transfer payments to the provinces to support education … another direct role and responsibility and that’s with respect to the Canada student loans and grants program. I’m very proud of my record of working very closely with both universities over these past seven years … to make a series of ongoing and successive policy changes to the Canada student loans and grants program. For example, we eliminated the interest on loans for part-time students, and then subsequently, we eliminated the value of a student-owned vehicle from the loans assessments process, and then more recently starting next year, we will eliminate from the assessment process for Canada’s student loans and grants any in-study income that a student earns. Currently, if you’re receiving a Canada student loan or grant, that loan or grant is clawed back for any salary over $100 a week that the student earns. Starting next year, we have removed that penalty and in fact will create an incentive for students who wish to work and their in-study income will not impact their loan or grant…. This is a change that I have helped to bring forward, that the student governments from both campuses have asked me to advocate for on their behalf and collectively we have achieved this together.”

“I think that Waterloo has a role to play in making a greater contribution in seeing the role of innovation, in promoting [and] protecting the environment, and helping to develop green technology here in the community. We have a very strong community-based model called Sustainable Waterloo Region, which is a non-governmental organization that’s worked with municipalities and business to reduce their carbon footprint and decrease greenhouse gas emissions. I’d like to see the model that we’ve built in Waterloo potentially replicated across the country. As well, Canada has signed the Copenhagen Accord and our position with respect to climate change is very clear. It’s a global problem that requires a global challenge. All along our government’s position has been that we will be at the table but the agreement must be binding and it must involve the major emitters of the world.”

“The federal government has played a major role in helping to bolster the innovation ecosystem in our community by supporting incubators and accelerators, by supporting startup companies. We’re the startup capital of Canada. The federal government has played an important role in creating successful innovation ecosystem that we have here in Waterloo. Since we formed government, we have invested over $12 billion  in science, technology, and innovation. Science, technology, and innovation are critical to our future growth and those investments will continue.” 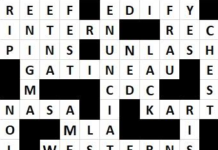 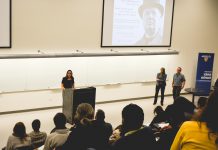