The co-op fee will be rising overall to a total of $641 this spring term. The fee was previously $616, and had been decreased due to payments for the construction of the Tatham Centre ending, but the fee has been raised overall, reported Adam Garcia, Feds’ vice-president education.

The UW co-operative education webpage already reflects the change and all co-op students in an academic term in Spring 2014 will be required to pay the new increased price. Garcia is currently collecting student feedback on the effectiveness of the Registrar Office’s communications, whether students are receiving them and whether they are timely enough.

Students can now add their campus events to the Feds calendar online with an events calendar submission form. This form is available on the Feds website (www.feds.ca) and, once filled in, will add the event information directly to the calendar.

VP Internal Devin Drury reported that events will be posted in a 24-48 hour turnaround timeframe, and that the form is not restricted to Feds clubs and societies. University departments as well as outside organizations are encouraged to submit event forms which will be approved for inclusion by student council on an as-needed basis.

At the Feds student council meeting Feb. 2, the St. Jerome’s Students’ Union released a report asking for clarification on the price of the bus pass in the referendum and expressed concern that it does not clearly state the alternatives.

As the referendum states, UW students currently pay $72.23 per term for the UPASS, with an increase of $5 to be incurred by Grand River Transit (GRT) due to the expansion of services.

However, the referendum doesn’t state that the current fee for an adult bus pass is $72.00 per month, which is what students would pay without the UPASS.

“Together the union made the assumption that the cost of $72.23 was per term. As a term is considered four months, paying $72 per month for a term, would make the total cost through the GRT about $280,” said the STJ Union report. When the question was posed at the meeting, there was little comment from the exec team.

According to Adam Garcia, vice-president education, a link to the GRT was included for students to look up the fee on their own. 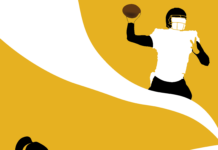