A student’s guide to the federal election 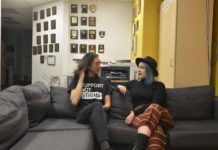